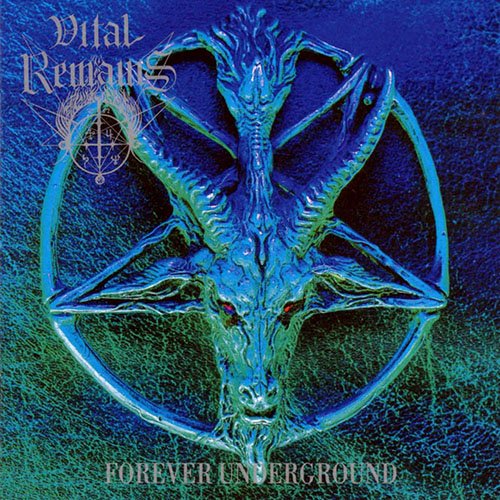 New album for the Americans VITAL REMAINS, who, after 7 years of existence, are one of the most cult names in the field of underground, as the title of the album says, haven’t made a big success from a commercial point of view, however Osmose trusted them a place in the family.

In this album VITAL REMAINS are still playing barbaric Death Metal with influences from the Florida stage and mostly –of course- MORBID ANGEL. Lyrics are still dark  and villain (as Death Metal should be!). The production is massive, strong and clean and the result is a Death torrent of 43 minutes duration bursting out of the speakers.

VITAL REMAINS are clearly improved in relation to the past, made many steps forward without leaving their roots at all (not like some “progressive” Death and Black metallers that after 1-2 albums pretend to be “open-minded” and not stuck and end up playing … let’s not say what) and it seems that now is the time for them to earn the recognition that they deserve. Especially now, that the future of MORBID ANGEL is uncertain.

P.S. The initial publication of this review was in the Greek METAL INVADER Magazine – Issue 08, June 1997