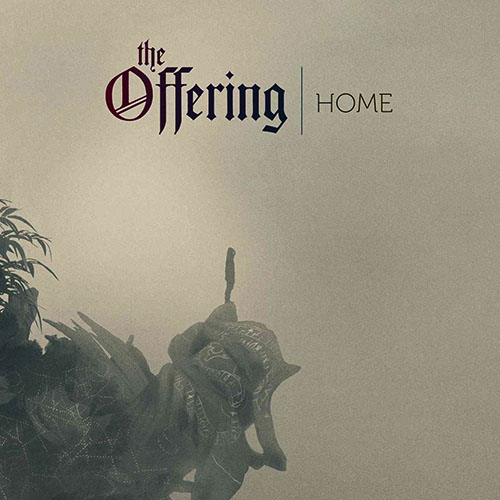 Well, here we are dealing with a rather interesting case. THE OFFERING comes from the beloved city of Boston and play “a little bit of everything” metal. In their music you will meet influences from modern Heavy and Power metal to Metalcore, Groove/Nu as well as a bit of more extreme metal. If you belong to those who find this idea interesting, you will be impressed. Surely not so much if you’ve heard of other bands that play in a similar way (INTO ETERNITY, PROTEST THE HERO, SIKTH, WILD THRONE), but nevertheless it’s not that easy to turn this musical mess into good songs and THE OFFERING managed somehow to do that. They started working on the album in 2017, so they spent a lot of time perfecting their songs. They also had some help from the experienced hands of the great Fredrik Nordstom who did the whole production of the album. Special credit must also be given to the singer of the band, Alex Richichi, who turns from sky high ala Robert Halford vocals to brutal ones with an excess of ease.

In order to try to give a good insight about what you can listen at “Home”, there is a parade of influences in there, from the classic metal of JUDAS PRIEST, the modern heavy power metal of EVERGREY, SYMPHONY X, TAD MOROSE and MANIMAL, to more aggressive metal as this was played by bands such as NEVERMORE, MACHINE HEAD, SLIPKNOT, STRAPPING YOUNG LAD, SOILWORK and DEVILDRIVER. It has enough to draw the attention of older fans who are looking to hear something more modern, but it also has several classic elements to help younger fans discover the magic of classic heavy metal. All members of the band are very good musicians, especially the guitarist Nishad George who enriches the songs with several interesting leads and virtuoso solos.

On the drawbacks of the album, I must mention the influences of the band that are more than prominent in almost every song. Also, several riffs sound kind of generic or heard before and the excessive mix of different genres may bore some fans who are not very familiar with this style. However, “Home” is a very impressive debut. THE OFFERING have the potential to go far, especially with their very gifted front man and his very distinct vocal abilities. If they work on refining their sound and add more personal elements, their future will be bright.

Iron Savior – Kill Or Be Killed