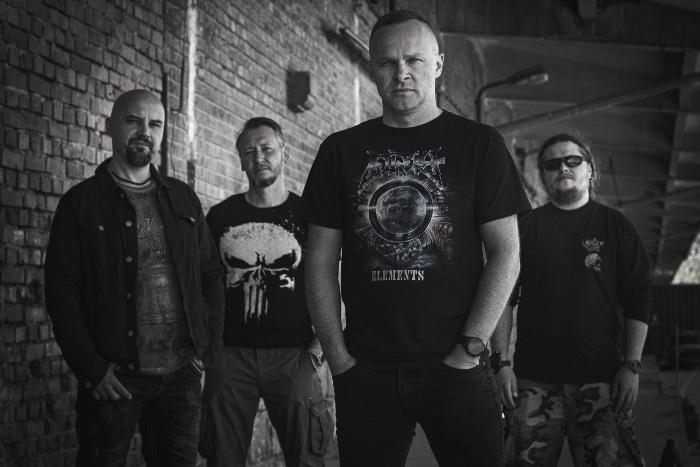 Soon, the Cracovian band will attack with a new, long-awaited studio album. The album entitled “Nailed To Ignorance”, will be out on September 30th via Szataniec. The band also unveiled a music video for its new single “All I Can Devour”.

Original vocalist Marcin Urbaś has returned to his duties as a vocalist. The material for the album was recorded in Lateral Sound in cooperation with Grzegorz Środa (Kat & Roman Kostrzewski). Music was mixed and mastered by Piotr Mańkowski at Coverius Studio (TURBO, WOLF SPIDER). The author of the cover and photos of the band is Marcin Halerz, while the layout of was done by Piotr Szafraniec.

You can watch the music video for “All I Can Devour” below:

VREID released a music video for “Shadows of Aurora” and announced Norwegian tour.