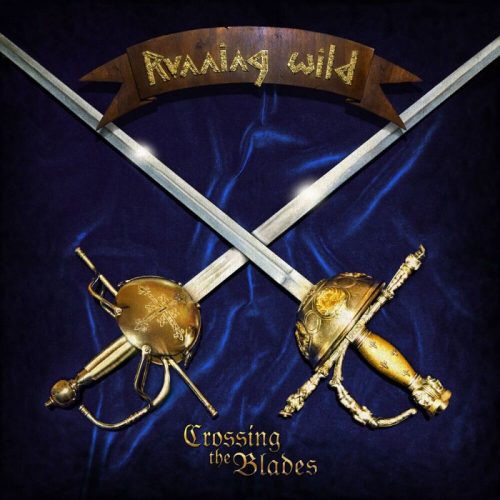 RUNNING WILD is a heavy metal group that was established in 1976 by Rock N Rolf (aka Rolf Kasparek) and has released…….wait a minute! We’re in a metal web portal and we’re talking about RUNNING WILD??? Whoever doesn’t know RUNNING WILD, hasn’t sang “Under Jolly Roger”, hasn’t played “air bass” during the intro of “Conquistadores”, either is under twelve years old (that’s not bad at all, we all used to be under that age) or he has just arrived from an isolated island in the Pacific Ocean. The point is that RUNNING WILD are going to release a new album in 2020 and this EP is a forerunner to keep us alerted.

The EP starts with the sophomore song, a classic RUNNING WILD composition, with typical lead guitars and refrain which you can find in every RUNNING WILD release. The second song “Stargazed” is a rhythmic and nice one, while the third one “Strutter” seems to be an unassuming cover of KISS. The EP ends with a filler song from the lower basket of the “sales season”. The other members who are accompanying Rolf Kasparek aren’t offering anything worth noticing, even though the guitarist Peter Jordan is well known for his contribution to various pop/rock projects.

With this release we just have to wonder about what kind of target group RUNNING WILD are aiming to? Definitely to their “die hard” supporters who want to own everything that is related to their favorite band. Maybe to some nostalgic listeners of a gold “Blazon Stone” era (we’re not talking about either “Under Jolly Roger” or “Port Royal” era). For sure they are not going to bring new listeners to their pirate ship. We will wait for the new full length to be released in order to make a better conclusion about the band’s future, but we are not very anxious about it anymore.

Ps. The above review wasn’t written under the sound of “Treasure Island”

Vltimas – Something Wicked Marches In