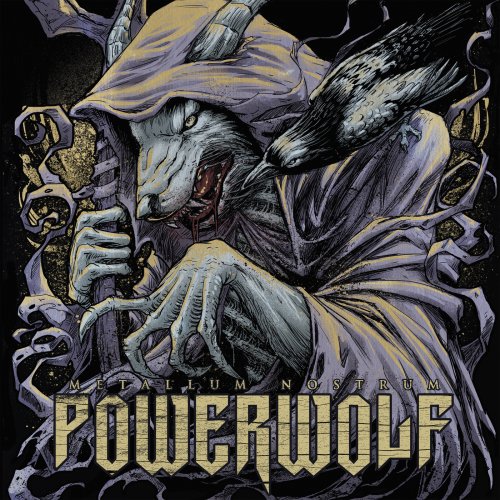 The German Heavy/Power Metal band POWERWOLF (which we had the chance to see for the first time live in our country the November of 2019) releases an album entitled ‘Metallum Nostrum”. This release is a collection of cover songs that was appeared for the first time as a bonus disc with the album ‘Blessed’ & Possessed’ of 2015. In January 2019, the band decided to release it as a stand-alone album, with no changes in the tracks or the addition of other songs. This release is essentially dedicated to the band’s influences as you can find in there legends such as, IRON MAIDEN, JUDAS PRIEST, BLACK SABBATH, RUNNING WILD, SAVATAGE and more.

Being a cover album, we don’t have much to say about the music and the lyrics, after all they are all songs of great value. What can we say about “The Evil That Men Do” of IRON MAIDEN for example? The Germans tried not only to just play these pieces again, but to adjust them into their own style, as possible as that can be, by adding some elements – trademarks – of POWERWOLF, such as extra theatricality and keys to the sound that is closer to their own, almost ecclesiastical style. Attila’s vocals, considering the hard task he had to fullfil, are standing at least very decently.

It is not the album of course that will make the rising stars POWERWOLF even bigger, nor is it the album that will add something to the glory of the bands that are adapted here. But it is a series of covers that treat the originals with respect, showing us the approach to these pieces by the Germans and ultimately giving us a pleasant work worth listening to, not only by POWERWOLF’s fans, but also by the fans of those great classics that are covered! For sure they will have fun…