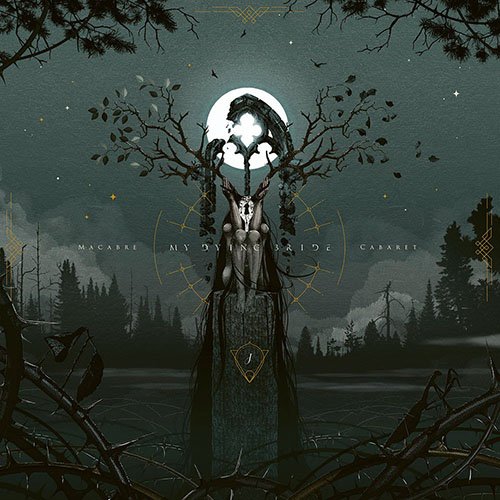 2020 was a difficult year for all of us. For the bands, on the one hand it was very tough with one festival being canceled after the other, but on the other hand very creative. MY DYING BRIDE were one of the pleasant surprises this year, since just a few months they released one of their most mature and packed full-length albums “The Ghost Of Orion”, which received rave reviews from everywhere.

In addition to this wonderful album at the beginning of the year, the British band also had a very nice surprise in store for its end. A new EP called “Macabre Cabaret” that , as Aaron Stainthorpe himself told us here at “The Gallery Web Magazine”, consists essentially of songs originally written for “The Ghost Of Orion.” It was part of a vast pool of songs and ideas that were prepared for it but due to the number of tracks and their duration, some were necessarily left out. However, because the songs were considered very good as ideas by the band, they wanted to release them as a bonus to their dedicated fanbase for the warm reception of their latest full-length release.

The “Macabre Cabaret” therefore consists of three songs, with a total duration of twenty-two minutes. It’s first single, “A Secret Kiss”, essentially showed the musical direction of the EP, not far from the style of the band, as it was formed in recent years. “Macabre Cabaret” that followed as a second single, enchants with its wonderful composition,as  it is a song that encloses all that MY DYING BRIDE is in the public consciousness. Melancholy, inwardness, inner fears and thoughts dressed in a melancholy almost taken from a period movie. “A Purse of Gold and Stars” follows a similar path  and closes in a very beautiful way the trio of these new songs.

The dark cover completes a very beautiful release which, although they are songs that were intended for somewhere else and ended up elsewhere, in no case they are felt as leftovers. These are perfect songs, in the style of “The Ghost Of Orion” of course, but with their own personality and substance. In fact, one may even notice a change in the style of the band itself between its two releases! Good, melancholic MY DYING BRIDE.