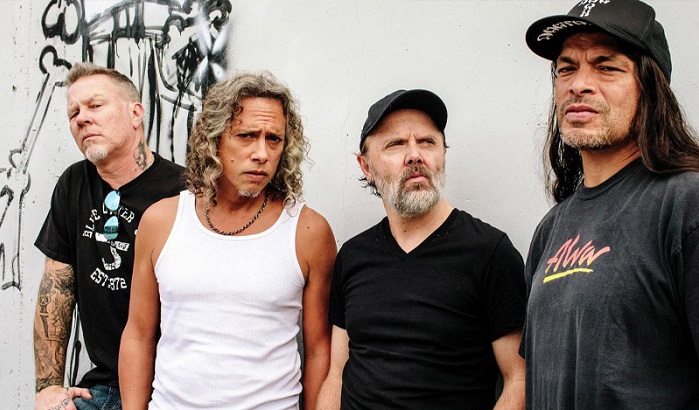 Metallica have announced a special show that’ll have old school followers and diehard fans of their early output salivating in excitement. In honour of Jonny Zazula, the Megaforce Records label founder who helped put Metallica on the map and who passed away earlier this year, and his wife Marsha, who died in 2021, the Four Horsemen will be playing a special ‘early years’ set this November in Hollywood, Florida.

Not only will the set only feature Metallica songs from 1983-1984, but it’ll feature support from NWOBHM originals, Raven!

“We’re excited to add one more night to the tour calendar this year with a special show at Hard Rock Live at Seminole Hard Rock Hotel & Casino in Hollywood, Florida, on Sunday, November 6, 2022,” state the band. “This night will be extra-special as we’ll be celebrating the life, legacy and achievements of Jonny and Marsha Zazula.

“We’ll be cooking up a special setlist for you full of songs from our days with Jonny and Marsha at Megaforce. Our main touring partner from that time, Raven, will be joining us to add to the celebration and bring back the memories. Head out to Hard Rock Live and celebrate two heavy metal pioneers and champions with us!”

Metallica’s first two albums, 1983’s Kill ‘Em All and 1984’s Ride The Lightning, were put out through Megaforce.