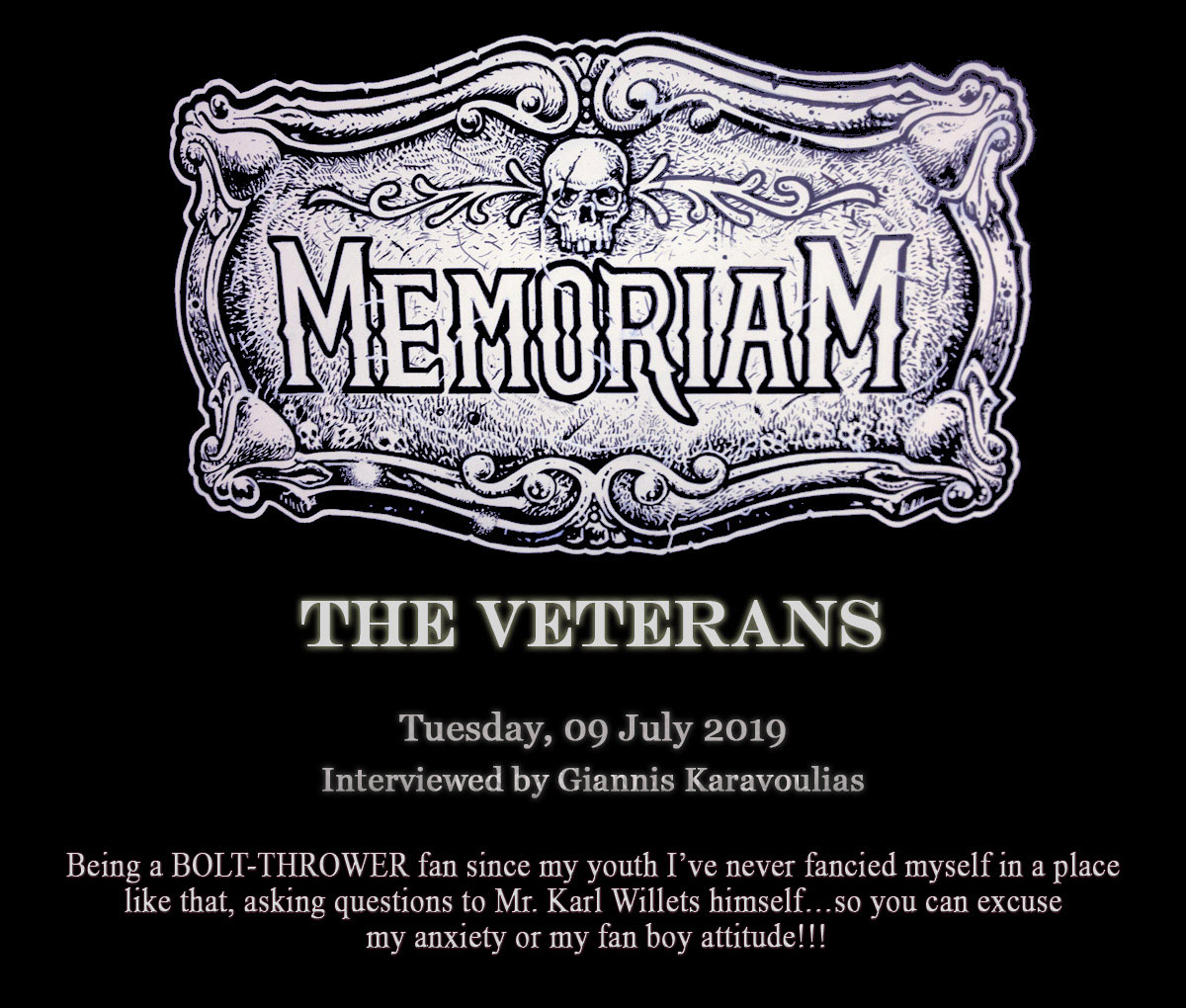 Giannis K: Mr. Willetts thank you so much for your time!! We are extremely grateful and happy interviewing you in “The Gallery” Web Magazine. So, how are things on MEMORIAM’s camp these days? I imagine that you must be extremely busy with the release of the new album; could you please share your thoughts about it with us?

Karl Willetts: it’s a pleasure my friend, yep it’s been pretty hectic with all the press and promotion for the new album over the past month! It’s all calmed down a bit now that it has been released. We are overwhelmed with the overall positive response that the new album has received. 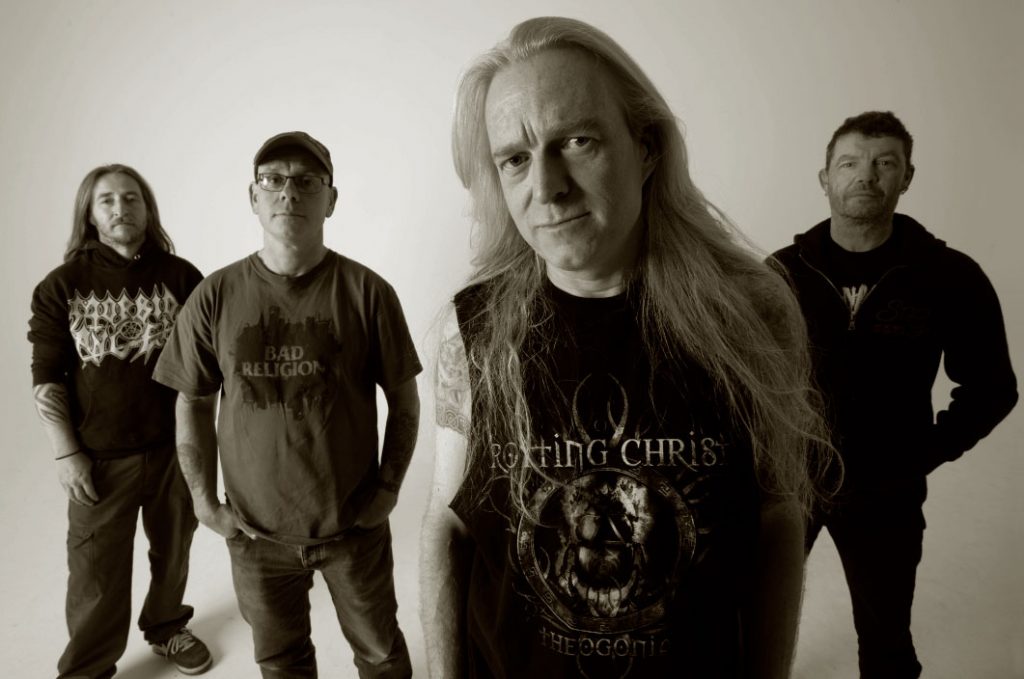 Giannis K: For the new album, you hired Russ Russell and recorded at his studios, obviously trying to achieve a different approach than your previous releases. Are you satisfied with the final result? Apart from that, what else do you think makes this new album different than the others?

Karl Willetts: Absolutely, we have always wanted to work with Russ, however as we are working at such a fast pace our schedules never aligned. Having Russ involved has made a world of difference and it is his input that has made the album what it is. I don’t think that we have done anything different with the new album – it’s simply down to having Russ Russell on board that’s made the big difference. I would consider this album to have the definitive Memoriam sound that we have been searching for – it contains elements of the previous album yet the big epic production quality of the album is what makes it what it is.

Giannis K: Dan Seagrave did again the cover artwork (p.s. and it is amazing…). Is there any connection between all three covers, as your label refers to your albums as a trilogy? 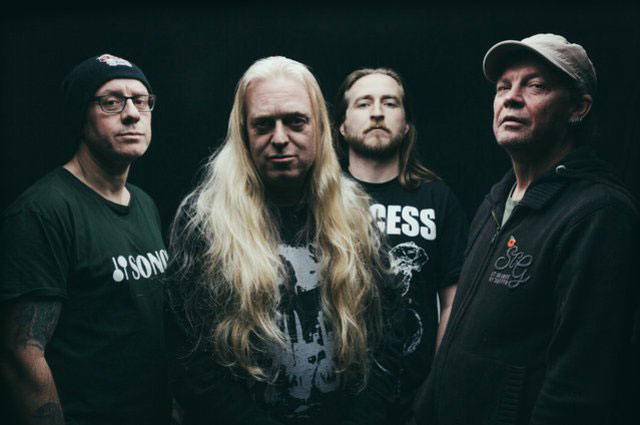 Karl Willetts: Yes we used Dan again for this album, all the albums are visually connected – they form an artistic triptych they follow the process of mourning from initial loss to burial.

Giannis K:  MEMORIAM exist as a band for almost three years and so far you have recorded 3 albums and played at many festivals and shows! Are you satisfied with the course of the band so far? What would you change or make different if you could?

Karl Willetts: We have achieved an incredible amount in a relatively short space of time and we continue to enjoy every moment of it. There is nothing that I would have changed.

Giannis K: Are you going to do heavy touring (full European tour or a US tour) promoting the new album? What are your future plans for the band?

Karl Willetts: No, we are never going to be a touring band, we all have responsibilities and commitments outside of the band. We prefer to do shows at weekends – this is the best time for us and we enjoy it that way.

Giannis K: Many people compares MEMORIAM to BOLT-THROWER, a thing that I believe is totally unfair…what are your thoughts about that?

Karl Willetts: I suppose its natural – but it does get a bit tedious to be honest – we have been doing this for 3 years now and in my opinion we have created something very different from BT 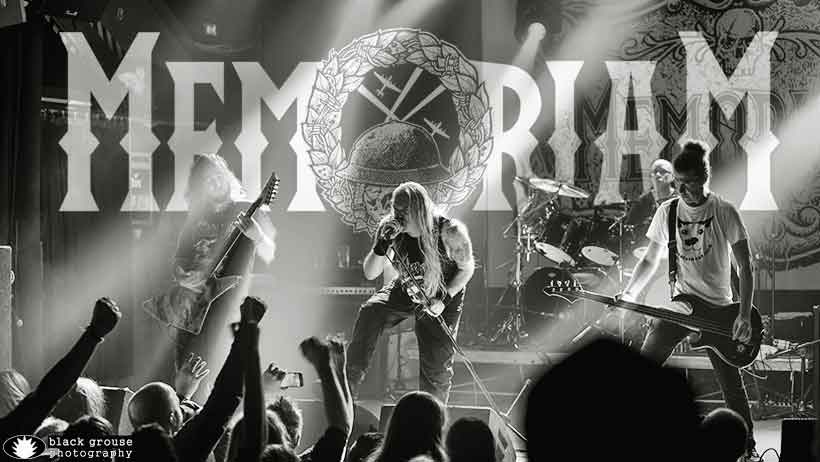 Giannis K: Speaking of BOLT-THROWER (I know that you do not prefer to talk about the past), what do you think you “gained” being the front man of this legendary band all those years, despite the fact that it wasn’t really ”your” band?

Karl Willetts: I definitely learnt a lot during my time with BT – the main thing being just to enjoy the moment for what it is – things change fast in life. It gave me the experience and confidence to express myself freely and with integrity

Giannis K: Let’s go back to MEMORIAM. One of my favorite tracks is “Bleed the Same”, I also love the video for it! Who was the mastermind behind the video and what is the message you wanted to spread?

Karl Willetts: The guys at Nuclear Blast records put the video together for us, it was important to include the Martin Luther King speech as it forms the basis of the song – equality and freedom.

Giannis K: A few days ago you visited our country for holidays, as you have done again in the past, playing a couple of times in Athens and Thessaloniki. What are your impressions about Hellas?

Karl Willetts: I always love visiting Greece either on holiday or with the band doing shows – the shows we play are always very special. Our Hellenic followers are most passionate and proud loyal supporters and I have met many friends over my 30 year career – total respect for Greece and its people.

Giannis K: Closing this small interview I would like to thank you once again for the big honour!! I would also like to express how grateful I am having met you and for all the precious memories!! Would you like to send a message to our readers and the Greek fans?

Karl Willetts: Many thanks to you John and all the friends that I have in Greece! Much love to you all. We hope to bring Memoriam back to Greece soon – so I look forward to meeting you again then. 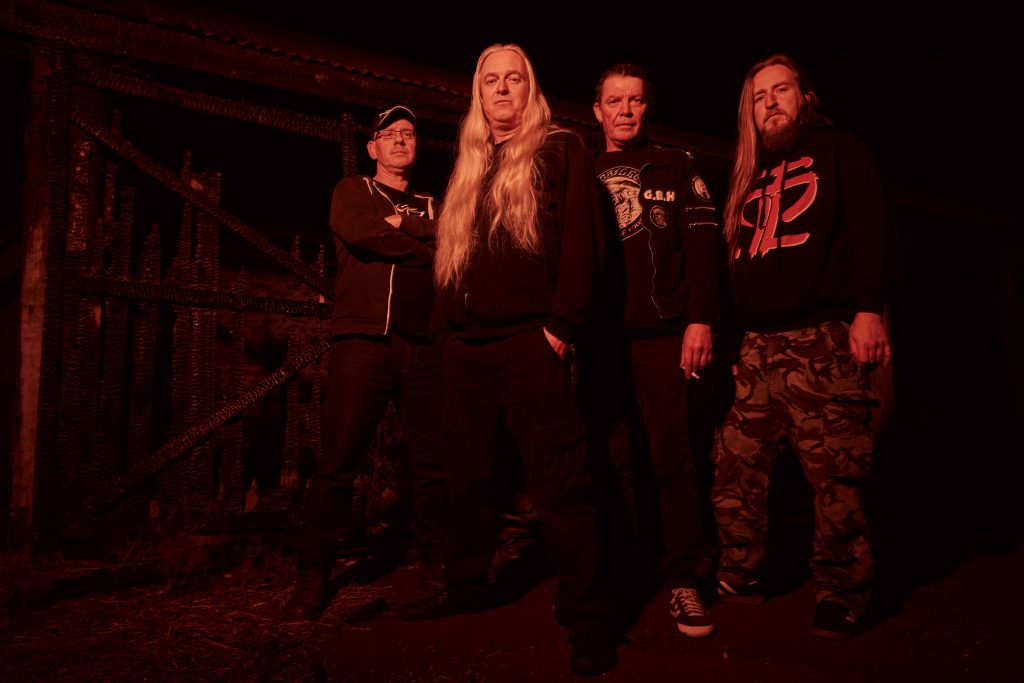