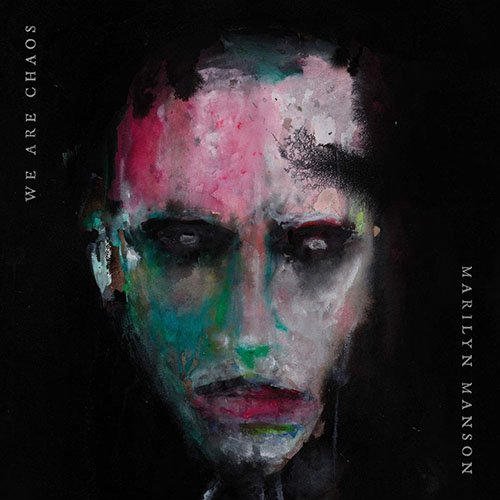 Let’s start the other way around this time. Are you the king of the modern mainstream Hollywood “Super Star Shock Rock System”, have you run out of drugs, are you tired of constantly listening to your old hits on the radio and now you want to keep your throne? What do you do in this case? Simple things: you release a mediocre to good record, so that your name is heard, keeping you on the charts!

Let’s go to the album now. “We Are Chaos” at first, is slightly better than the previous one which did not sound at all (except from two good tracks – “Say10” and “Saturnalia”). Here the Cyber ​​Industrial Post Punk rhythms as a whole have “fallen” and the dark and sick atmosphere of the “Long Hard Road Out of Hell”, an amazing piece from “Spawn – OST” prevails. Especially, in the trilogy of tracks from ‘Paint You With My Love” to ‘Infinite Darkness” this element is strong, something that will delight the old fans of MARILYN MANSON, as it will remind them of their “wild” youth.

In addition, the first three songs are the singles of the album with a personal favorite, the first “Red Black and Blue” and the third awesome track “Don’t Chase The Dead”, with all this 80΄s atmosphere that reminds you of songs for the end titles of an old American Horror movie like “Nightmare On Elm Street”. Mr. MM did his thing again. Aesthetically and acoustically, he remains the favorite child of ALICE COOPER, DAVID BOWIE, DEPECHE MODE, BRONSKI BEAT, SIOUXSIE AND THE BANSEES, BAUHAUS and KILLING JOKE, of course, all filtered through his own special eccentric style.

The lyrics are bitter, caustic and experiential, as always – the most relevant at this time. I imagine MM through his new work “We Are Chaos” tries to bring order to all this chaos, which unfortunately exists, hoping also to be present through his art. I personally believe that his next album will probably be the best of all! We will see!