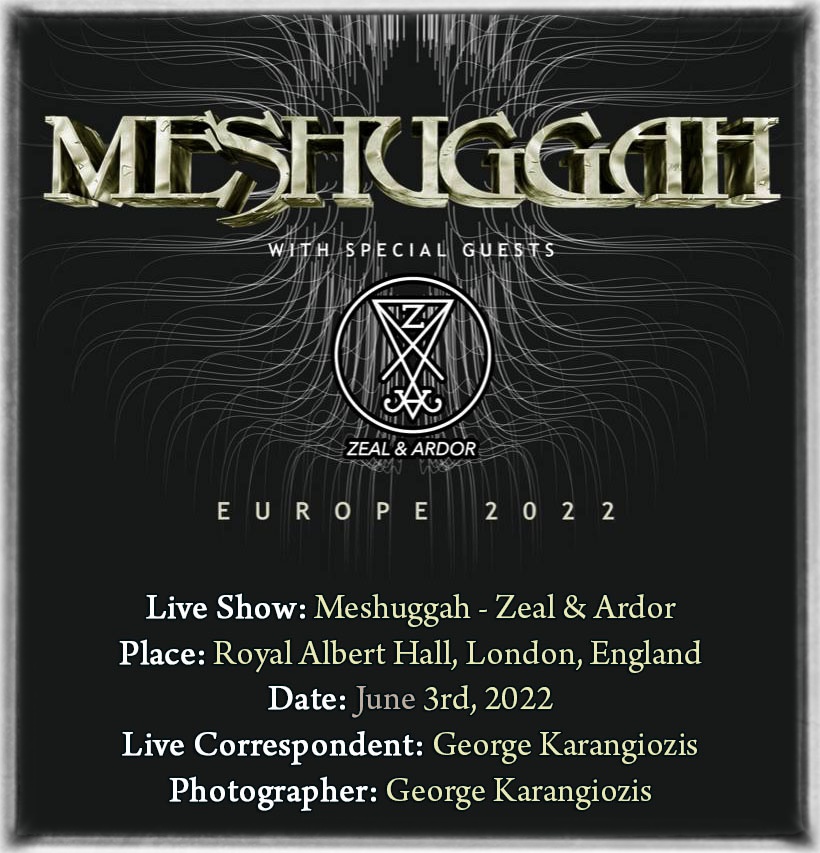 Metalheads everywhere have the same question every summer: which of the bands we love will we see this year with a beer in hand and the hot sun beating down on us or the rain making us swear at everything that is divine like Scandinavian Black Metalheads! This year the concert world returns to a form of normality, after repeated lockdowns and travel restrictions around the globe! Finally the time has come for us to have fun with our favorite music, with our beloved bands but above all, with other people who have the same favorite music, METAL \M/.

A long time ago, I got to know THEGALLERY.GR through the group on FB and since then this worship that we all have (some would say “bordering on mania”), for the music we all love so much with its many unique subgenres. Last Halloween I had the unique experience of enjoying CRADLE OF FILTH with some members of the group who also live in England. It was about time we met up again on the occasion of today’s concert spectacle.

The “today” finds us in London to watch the unique MESHUGGAH together with ZEAL & ARDOR make their first appearance, in a venue where people who influenced the entire humanity in various fields, e.g. Albert Einstein 1933, Jimmy Hendrix, Winston Churchill etc. A venue that opened for the first time 151 years ago, in 1871! Of course I’m talking about the Royal Albert Hall! Based on this debut at such a concert venue created to host classical music in the first place, rumours are rife that there will be a video release live!

The concert started with the Swiss ZEAL & ARDOR who warmed up the audience with their unique Avant-garde Metal style, playing all their hits from their 3 albums discography, which has already brought them huge success and recognition among the music audience. I can say that the venue was truly incredible and the RAH staff were exemplary professional and attentive to everything. However, in terms of prices, you could feel the “pinch” on your wallet, which, even though we were in London, was ostentatiously exaggerated (e.g. 2 beers and 2 sandwiches were £23.00!).

The big moment had arrived! Announcement from the loudspeakers for the start of the second part of the show 2-3 minutes before it started, so that no one would miss the beginning! The arena was packed to the brim, as many people who had a seat, came down to the front of the stage! Knowing how low MESHUGGAH would be tuned, I had taken precautions and provided earplugs! I can safely say that the Swedes went all out, playing their “rottenness” perfectly! Full of passion and wowing the crowd, they gave us an incredible performance that we will not forget for many years. Unfortunately,  the rumors about the video recording were not verified and “Bleed” was not part of the setlist, which probably disappointed many fans.

These days in London, and throughout the UK, are days of celebration for the Queen’s platinum jubilee. It is certainly a historic event, but personally it leaves me, like the majority of Brits, completely indifferent. I am celebrating the first concert of the year that has just begun!