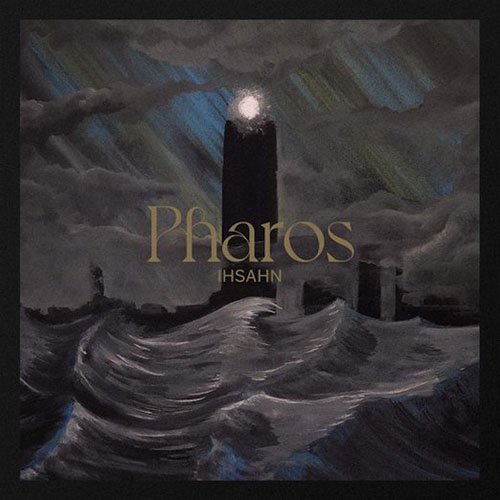 In the Extreme metal scene and specifically in Black Metal, there are some personalities who enjoy total appreciation from everyone, for their contribution and influence on the idiom. One of these personalities is the leader of EMPEROR and the founder (among others) of what we now call symphonic Black Metal, the great Ihsahn. A teacher for most of the musicians who represent Black Metal from its first wave until today, himself, now artistically restless, in the course of his personal career, continues the experiments he founded with EMPEROR, exploring music paths that do not belong to the Black Metal genre.

In the huge range of the Norwegian artist, one can find Dark Ambient melodies, Rock and Industrial elements, with connecting link of all the dark, evocative atmosphere. After seven complete albums, in a period of twelve years, from 2006 till two years before, 2020 finds us welcoming a second EP from Ihsahn. Nine months after the very good “Telemark”, the composer presents its successor, who has the Greek name “Pharos”.

Like its predecessor, this release contains five songs. Three new compositions, the self-titled track, the opening “Loosing Attitude” and the very powerful “Specter At The Feast”. The EP closes with two covers, PORTISHEAD and A-HA’s “Roads” and “Manhattan Skyline” respectively.

“Pharos’” opener will definitely surprise with its sound! Clear vocals, melodies that evoke something different from what Ihsahn is used to, modern Rock trails and feel, well done and perfectly executed. The second track moves in the same style, being a strong composition! Yet, for a man who never stopped experimenting and changing his sound, this should not be such a great surprise! The self-titled “Pharos” sounds a little heavier, loaded with more keys and instruments but also some presenting Blues and Soul elements. Compared to the two previous tracks, this one has a lot of darkness, closer to the previous works of its creator. The musical direction of this new Ihsahn EP, of course, fully justifies the choice of the two covers, which could be normal compositions for this release.

This job is special. One should listen to it prepared that he will certainly not listen to EMPEROR in any case!. Even the least relevant to Ihsahn’s personal works knows this, but he will not listen to any of what we mainly expect to hear from the Norwegian musician. It is an EP aiming at an audience that is perhaps more compromising and definitely more open to experimentation and outside of Metal endeavors. For this audience, it will be a pleasant companionship!

Sinister – Deformation Of The Holy Realm