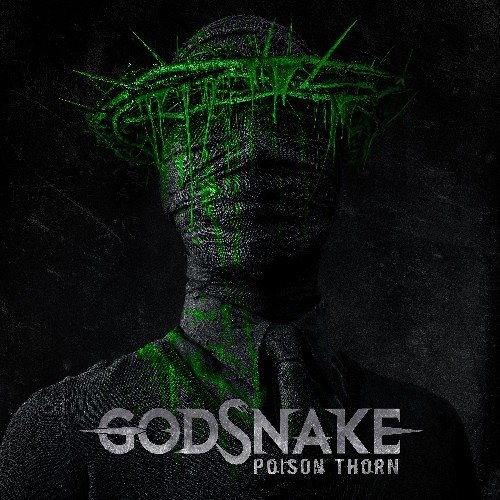 It is well known that METALLICA of their first era have influenced and continue to influence many bands, not only in the Thrash Metal scene but also generally… The fact that the younger generations of metal musicians are also influenced by the modern era of METALLICA, is something we are not so familiar with..

One example of that is the German band called GODSNAKE, who in their first album, strongly remind us their obvious great influence (without being boring or annoying at all!). A lot of “METALLICA”, a bit of “TRIVIUM” and a bit of “HELLYEAH”, with the addition of the personal element and the inspiration of GODSNAKE, composes the result called “Poison Thorn”.

The album, consisting of ten compositions, is opening with “Urge To Kill” which, from the very beginning, shows you the direction and intentions of the band. Torger on vocals shows his dynamics and abilities, completely identified with the genre he represents, while the guitars and drums, show similar dynamics and passion. The second single of the album (self-titled) “Poison Thorn” and “You Gotta Pay” are among the most dynamic songs of the album, while “Blood Brotherhood” and “Darkness” bring out a more melodic side of the band, in a genre which they rightly identify as Melodic Thrash Metal.

Even though this album directly bring us in mind “Hardwired … Self-Destruct”, this does not mean that GODSNAKE is a copy-band. It is a complete band, with a personality, its own character, which brings out a pleasant freshness and a sound that the listener will like! GODSNAKE simply is not ashamed to show its influences. Enjoy the band now, maybe in the future it will surprise us even more…!

Entrails – Rise Of The Reaper