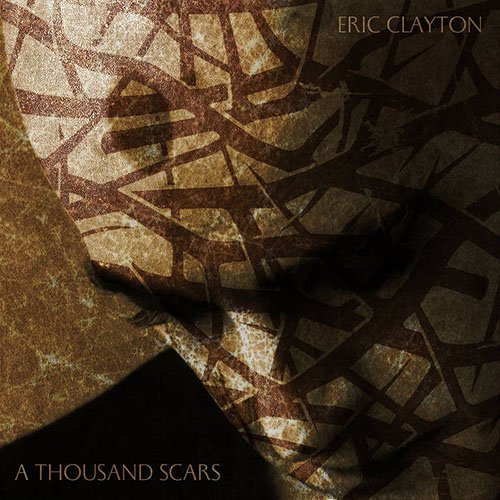 “I would never create such a personal album if I didn’t think everyone could find themselves in it.” That’s what Eric Clayton said, when asked by the author, on behalf of our Web Magazine, about his new-long awaited release.

The legendary singer and founder of SAVIOUR MACHINE, Eric Clayton, returns to the discography, presenting us his new work entitled “A Thousand Scars”. But what does the title of this new album originally means? To answer this question, we must firstly answer what the “scar” is. The scar is a wound, a mark, a cut that has healed. It doesn’t hurt anymore, but it’s onto us to remind us that, not so long ago it was open and was painful, something caused that scar and finally recovered, but will never be forgotten. That’s exactly what the title of this album wants to convey to us. A thousand scars, a thousand mental (and not physical) marks. A thousand situations that left their mark on us and through them, we managed to come out stronger and more matured.

“A Thousand Scars” is not another work that presents a hypothetical story. No. It is essentially the very story of the life of its creator. Those are the experiences, the adventures, the scars of Eric Clayton. It is a concept release, through which he wants to present to us what shaped him as a person, what made him disappear from our lives and how he finally ended up doing again what he loves so much. Fifteen chapters, fifteen scars, fifteen experiences, with which everyone will surely identify himself somewhere, finding at least one that will speak in the heart, finding his own scar. I wish it is closed.

So lyrically, this is “A Thousand Scars”. But, what is musically-wise? It’s a very, very strong album, especially if you take the lyrics together and let Eric Clayton’s unique voice seduce you, take you on a journey through dark places, through pain and suffering, but in the end coming out in a bright place, a place full of hope, wiser than you were before. In terms of production, we’re talking about a flawless album! But in what music genre can we classify it? It has Heavy elements, it has a lot of melodic parts, it has a lot of soft passes and some outbursts.

Anyone can place it musically-wise where he believes, after the end of the journey in which it promises to take you. Just follow Eric and his NINE. And if you want to repeat the journey, do it without fear, you will sourly find something new…