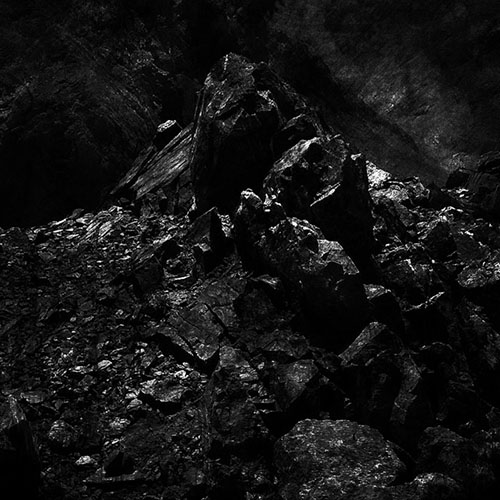 “You will not find the borders of the soul, whatever path you follow, so deep is its essence.” Heraclitus. The well-known psychotherapist and psychiatrist Carl Jung incorporated in his psychiatric system and in the psychotherapy methods he applied, the famous Law of Opposites which is based on the philosophy of Heraclitus about the harmony of opposites. On this principle, Jung always tried to build a bridge of communication between two seemingly opposite elements in the personality of his patients: the conscious on the one hand (with rational thought and the critical mind) and the unconscious on the other (with all his primordial energies.) This coexistence of conscious and unconscious, with their diametrically opposed forces, was for Jung the key to the mental balance of every human being, just as for Heraclitus the wonderful order and functioning of the Universe was based on the harmony of the opposite elements in Nature: day and night, light and dark, heat and cold. The 12-minute self-titled intro comes to alienate and partially disappoint many of the followers of DEATHSPELL OMEGA from the pioneers of so-called Orthodox Black Metal (where Orthodoxy sees the correct theological or doctrinal observance of a religion), since it is a quite outstanding and bizarre composition. But the truth is a little different; when did DEATHSPELL OMEGA, faithfully and dogmatically, follow any norms? They never adopted electro, cinematic elements like in “Enantiodromia” and yet it seems that their former frequent collaboration with CARPENTER BRUT left something behind. Certainly not electro beats and other similar stuff, but it is there, indistinct. The distinguished guests, of course, Mortuus, M from MGLA and Spica from S.V.ES.T give their own special element to this new work.

Schopenhauer became known, mainly, for the establishment of a new philosophical current, whose focus is the Will as a metaphysical principle of understanding the world and the individual itself. The analysis of the Will led Schopenhauer to the conclusion that emotional, physical and sexual desires can never be completely fulfilled. This resulted in Schopenhauer leaning towards a way of life that rejected human desires, similar to the way taught by Buddhism and the Vedas. But why do I mention Schopenhauer? Because “Eadem, Sed Aliter” is part of his quote “The general lesson of history is: the same, in a different way. Anyone who has read Herodotus has read almost the whole story.” The expansion of the rhythm through a creative framework is enhanced by the blastbeat of the drums like a 50 mm machine gun in a hypnotic rhythm and comes in a harmonious contrast with the twisted guitars. The gradual build-up to the post pattern and the angry delivery of the lyrics offers a fusion of sounds, well outside the narrow anyway limits of Black Metal as advocated by DEATHSPELL OMEGA.

In the homonym song that follows, we will distinguish the main differentiation, which lies in the atmosphere that comes from it and the the multi-layered guitars. Starting with a triumphant tone, it evolves into a melodic Black Metal orymagad bringing to mind the wanderings of SUMMONING and the primal naturalistic enthusiasm of IN THE WOODS. The eerie and, at the same time, charming delirium combined with the stately bass lend a dynamic to the song, a transcendence that one is invited to walk through. The clarity of the instruments, the anthemic symphonic passage lead to the capture of that moment of despair, of the absolute admission of futility.
But when the moment comes to be judged, “Sie Sind Gerichtet”, the landscape becomes clear from whatever veil of mystery there was, the well-known manic drumming clears the space for the guitars to once again demonstrate their faith and devotion to the orthodox doctrine and the guest Mortuus or otherwise Arioch (depending on whether we hear him in FUNERAL MIST or MARDUK) contributes his poison to the completion of the unholy edifice. The modest ceremony of the five compositions will be completed in a completely unexpected way, the appearance of VOIVOD (at least to my ears) with many progressive elements appearing and mainly a rock groove rhythm, sometimes even progressive, fighting with the delivery of Miko Aspa to create images in the listener’s mind as a conclusion.

“The Long Defeat” focuses on harmony and disharmony, light and darkness, war and peace, evolution and dogma. I don’t know if it would be right to consider it their best work, through the frequent and multiple repetitions maybe, for some, it is set as a legitimate end. But it is an important record, worthy of frontmen like DEATHSPELL OMEGA, leaders and guides, shepherds and soldiers. Leaving the field where they were crowned with laurels of triumph, they compel the students to reorganize and restore the objective and they depart for new fields of glory and rebirth, aware of the futility of remaining faithful to the Dogma. The Followers will follow closely, the Called and the Outcasts, the Elect and the Enlightened, the Summoners and the Summoned. They will see the Light, but without it being reflected in the Eye, until the Restoration of Everything. I will follow, how about you?

Battlelore – The Return Of The Shadow