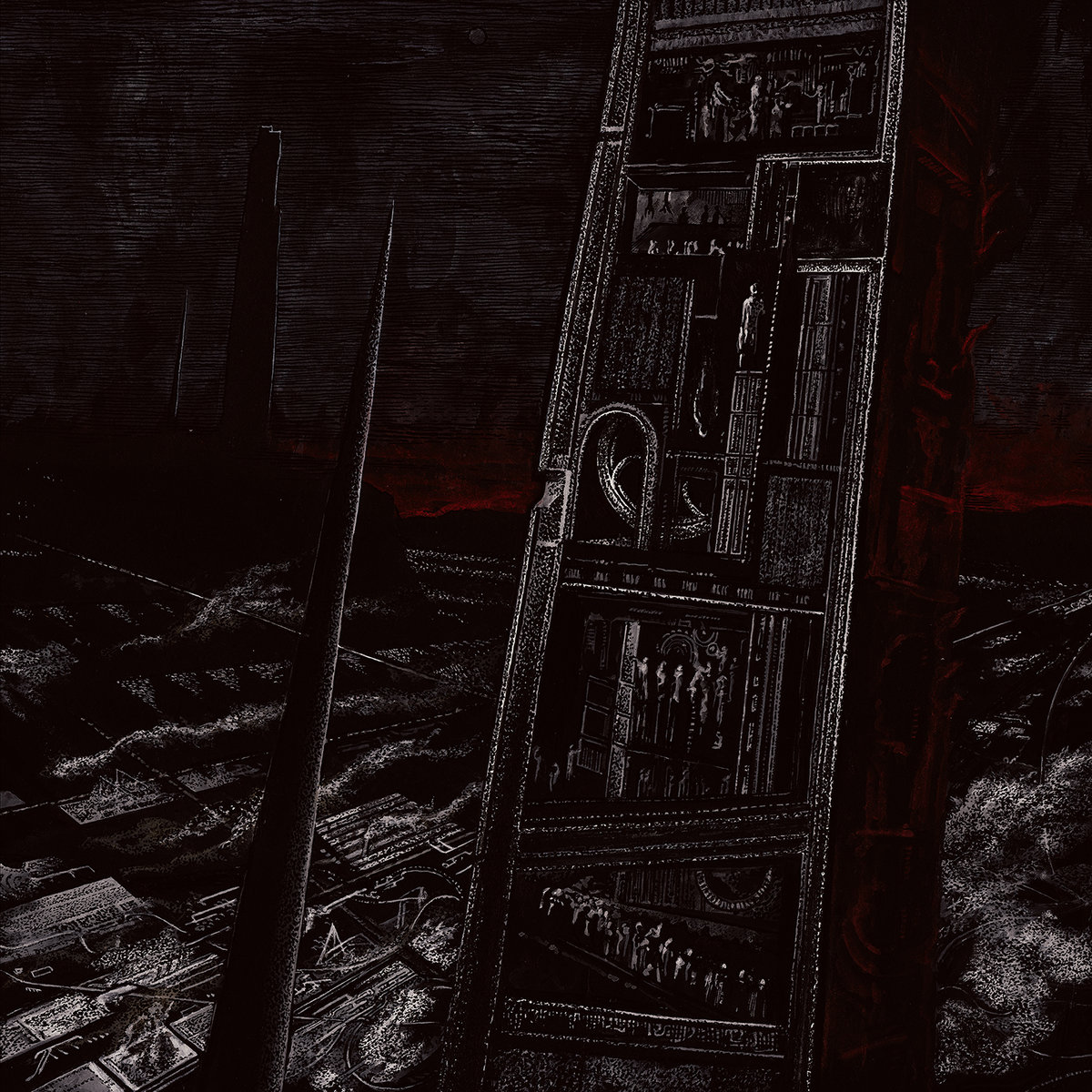 DEATHSPELL OMEGA have managed to become one of the most important Black Metal bands after the change that they made to their sound on the awesome “Si Monumentum Requires Circumspice”. Their abstention from interviews and the general absence of news about the band to a point where there is complete ignorance of their current composition, did not help at all in this achievement. This shows that we are dealing with a band dedicated exclusively to the creation of music, which has a distinctive sound and has influenced a number of musicians, even outside the boundaries of the Black Metal scene.

As we can easily understand, the news concerning the release of a new DEATHSPELL OMEGA album is an important event for the Black Metal community, and not only. Especially since they have not released a complete work since 2010, with the very good “Paracletus”. The only “sign of life” they gave us, was an extraordinary and particularly extreme EP “The Synarchy of Molten Bones”, that was released completely unannounced in 2016 to remind us of their existence. NoEvDia uploaded a first sample of their new work on May 2, the animated video of “Ad Arma! Ad Arma!” followed by “The Furnaces of Palingenesia” a few days later.

The first sample was indicative of the band’s direction in the new album. “Ad Arma! Ad Arma!” is a song structured in such a way that it does not lack the extremity but also the majesty. As always the rhythms are progressive and difficult to understand by the listener. The speed on the particular song and most of the album is not high and gives them the space to make their sound magnificent and impressive. Listen to songs such as “Neither Meaning nor Justice”, the awesome “1523”, “Renegade Ashes” and others on the same pattern. However, the fastest and “chaotic” moments are not missing. Indicatively, we mention “The Fires of Frustration” and “Splinters from your Mother’s Spine”.

Generally speaking, the approach is once again experimental. After the last part of a successful trilogy, DEATHSPELL OMEGA continue to evolve their sound by taking insights from their past work. I personally believe that the new album shares common elements with “Si monumentum …”. Particularly song-writing in which we observe more normal structures just like the above-mentioned album. You can also notice intense experimentation on vocals that sound more threatening than ever before. It is worth noting the successful use of clean vocals here and there.

The musicians involved here, perform the songs at a very high level, as always with the well-known jazz-like approach even on the blast-beats that do not always follow the classic patterns. The album has a very good production, and has been written live, using analogue equipment. The artwork is also very remarkable, particularly dark with many mystical details.

To sum up, it has to be said that this is a very good album which, the more you hear it, the more you “hook up”! Surely it is something “difficult” to hear but if you manage to overcome the first shock, then it has a lot to give you. There are some easy to remember parts which can help you to overcome the first shock. Personally I think that “The Furnaces Of Palingenesia” is a better album than “Paracletus” as it touches the levels of perfection of “Fas Ite Maledicti in Ignem Aeternum”. We close with the hope that it will not take another nine years to hear more music from DEATHSPELL OMEGA!