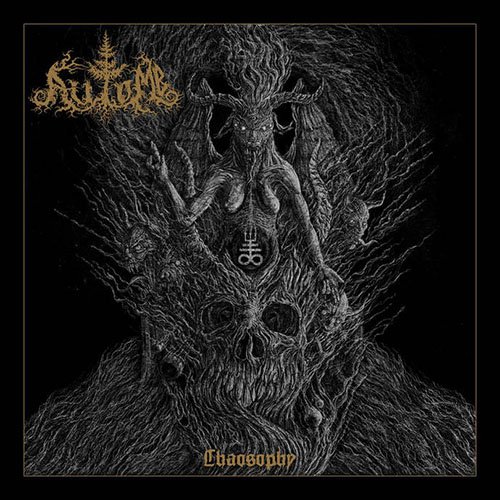 AUTOMB is a newly formed band from U.S. Pennsylvania and “Chaosophy” is their second full length album, after their remarkable debut “Esoterica” in 2018. Their sound is a mix of Death and Black Metal, grafted on to an occult feeling. Please note that in AUTOMB we have the participation of MORBID ANGEL’s drummer, Scott Fuller. Their debut album managed to catch people’s eye, resulting their signing with Witching Hour Productions. So, I was very curious as to what they would sound like, since I do not believe they are capable of great things.

The release includes 9 songs of modern Death/Black Metal influenced mainly by DISSECTION, BEHEMOTH and BELPHEGOR. They way they play in “Chaosophy” and the way they sound reminds of the polish band HATE. The melodies and the ambient parts of “Esoterica” have been eliminated in the new album, as the band focused on a more Death Metal approach in their compositions as well as their general sound. We find that Danielle’s vocals are subject to this change, as they have a more Blackened Death Metal shade.

This turn in their sound is against AUTOMB, the album is mediocre and predictable and any good elements they have showed us in their first album has gone through the window. I am unsure if signing to the polish Witching Hour Productions had something to do with that, so as to sound like a bad copy of HATE, but bands like AUTOMB and releases like “Chaosophy” are far from hard to find.