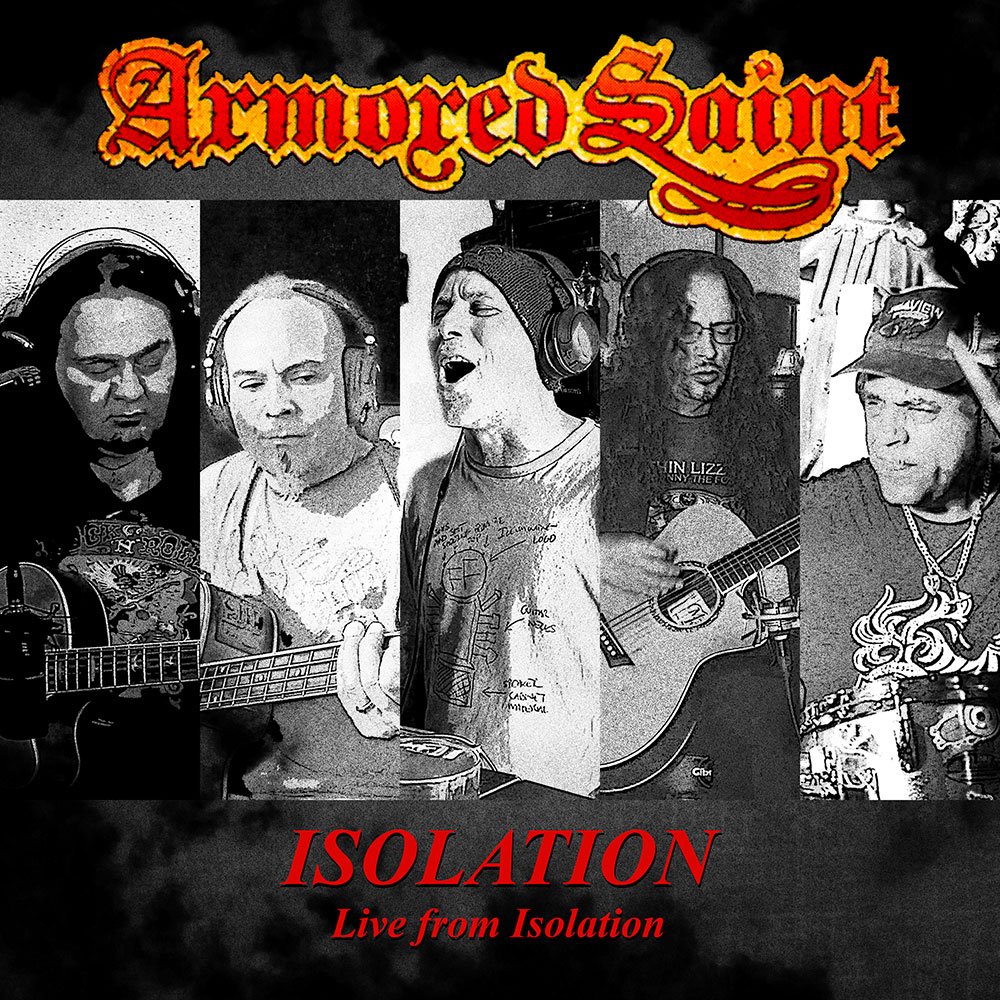 Today (May 1st), Armored Saint has released a new video for their digital single “Isolation (Live from Isolation)” – a live re-recording of the classic track, “Isolation”, which appeared on 1987’s Raising Fear. This new version was recorded and filmed in April 2020 while all of the band members were quarantined at their homes in Los Angeles, CA.

Bassist Joey Vera comments: “Like everyone else right now, we’re trying to make the best of the situation. So we decided to have a little fun with one of our older songs. It was fun playing with a stripped-down version of ‘Isolation’ – lyrically and sonically, it just fit for the times. Be safe everyone and enjoy your ‘Isolation’!”

Front-man John Bush comments: “With live shows in a sad state of limbo, we decided to come together (yet apart) and revisit the song ‘Isolation’ from the 1987 ‘Raising Fear’ record. We did an acoustic, swampy take on it. It was a fun, raw project.”

Armored Saint also recently completed work on their upcoming studio album, due out fall 2020 via Metal Blade Records. “We’re overjoyed with the completion of the new Armored Saint record,” enthuses John Bush. “We feel the songwriting has taken yet another giant step.”

Joey Vera adds: “We’re super excited right now, putting final touches on our new record in the mastering stage. We really tried to challenge ourselves with both songwriting and performance, and the results are something we’re taking with great pride.”

GYZE will collaborate with “BATMAN NINJA THE SHOW”.