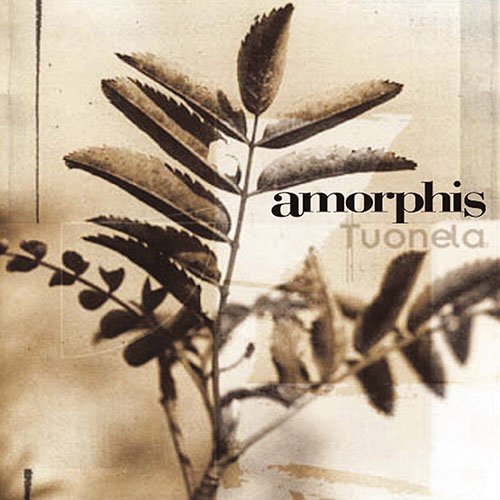 A very well know adage says “the tables have turned”. AMORPHIS, who used to play Death Metal, are now self-characterized as a “space rock” band. A shock (!!!) came with the initial listening of the album and a slight disappointment, not wanting to accept this musical turn of such a beloved band! But lets start from the beginning…

“Tuonela” (“the underworld” in Finnish mythology) is the name of the fouth full-length album for AMORPHIS. As I have already stated, WE FORGET the good old AMORPHIS of the legendary “Tales From The Thousand Lakes” (in which they had already showed us a lot of rock influences). In this new album, ALL Pasi Koskinen’s vocals are clean (with the song “Greed” being the only exception where there is a combination of clean and death metal screams). All compositions are mid-tempo-ed with very few bursts and a lot of oriental melodies. Keyboards are still very important in the band’s music and, combined with sitar (played by Tomi Koivusaari), saxophone and flute, they give a completely different aura to many songs.

The album starts with “The Way”, a song that shows us the different path that the Finnish had started to carve through their album “Elegy”. I do not know if this particular path has anything to do or -even better- does not have anything to do with Heavy Metal music. Nevertheless, that does not mean that the final product is bad. The highlights of the album are: “The Way” (with very characteristic “Pink Floyd” vibes!), “Divinity” (the first video clip for this album), “Rusty Moon” (amazing folk melodies with flute and influences from the Finnish folklore mythology) and “Tuonela” (a rock ballad with unique musical colouring…)

In general, “Tuonela” is undoubtedly a very good album. The old AMORPHIS fan might be a bit “sour”, seeing it as something very relaxed and mellow or “too melodic”, elements that are obvious by the very “simple” artwork on the sleeve. However, the Finnish band has once more released a quality album. “Tuonela” is recommended to “progressive” metalheads without blinkers…