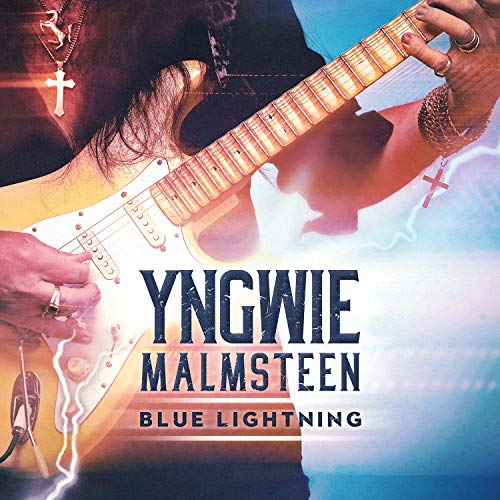 Known as one of the greatest virtuosos of the guitar, the Swedish musician has given in the past some really good albums, establishing his “neoclassical” sound as his own acquisitions and himself among the elite of Rock guitarists. But in recent years, more specifically in the last decade, with all the albums he released, Malmsteen seems to have lost his originality and inspiration in addition to repeating himself.

Musically, from the launch and the title track “Blue Lightning”, it becomes clear that the album will not be as blues as expected, not in the classic sense of the word at least. Moving on, we find “Foxey Lady”, a cover by Jimi Hendrix, and as far as the album goes, beyond the influences of the composer, we find the Blues in ZZ TOP’s “Blue Jean Blues”. That’s all. All the other cover songs, beloved of course, at the speed they are played, it’s hard to achieve the Blues designation, but definitely become pieces of Yngwie Malmsteen, bearing his distinctive signature cleavage, and in a cover, it’s certainly not bad.

So what is the conclusion on all that? Having Malmsteen doing everything in his band is probably making him believe that the result is closer to what he has in mind. But he is not justified. Everybody has his own part to play, the one he is good at, and this rule should not be left out. So, the final result is moderate production, mediocre vocals, and in the end, mediocre things. This album doesn’t really offer us anything interesting, it doesn’t add anything to the creator’s legend, and if you exclude his fans who will hear his own “view” on classic tracks, I don’t know exactly why it even exists.