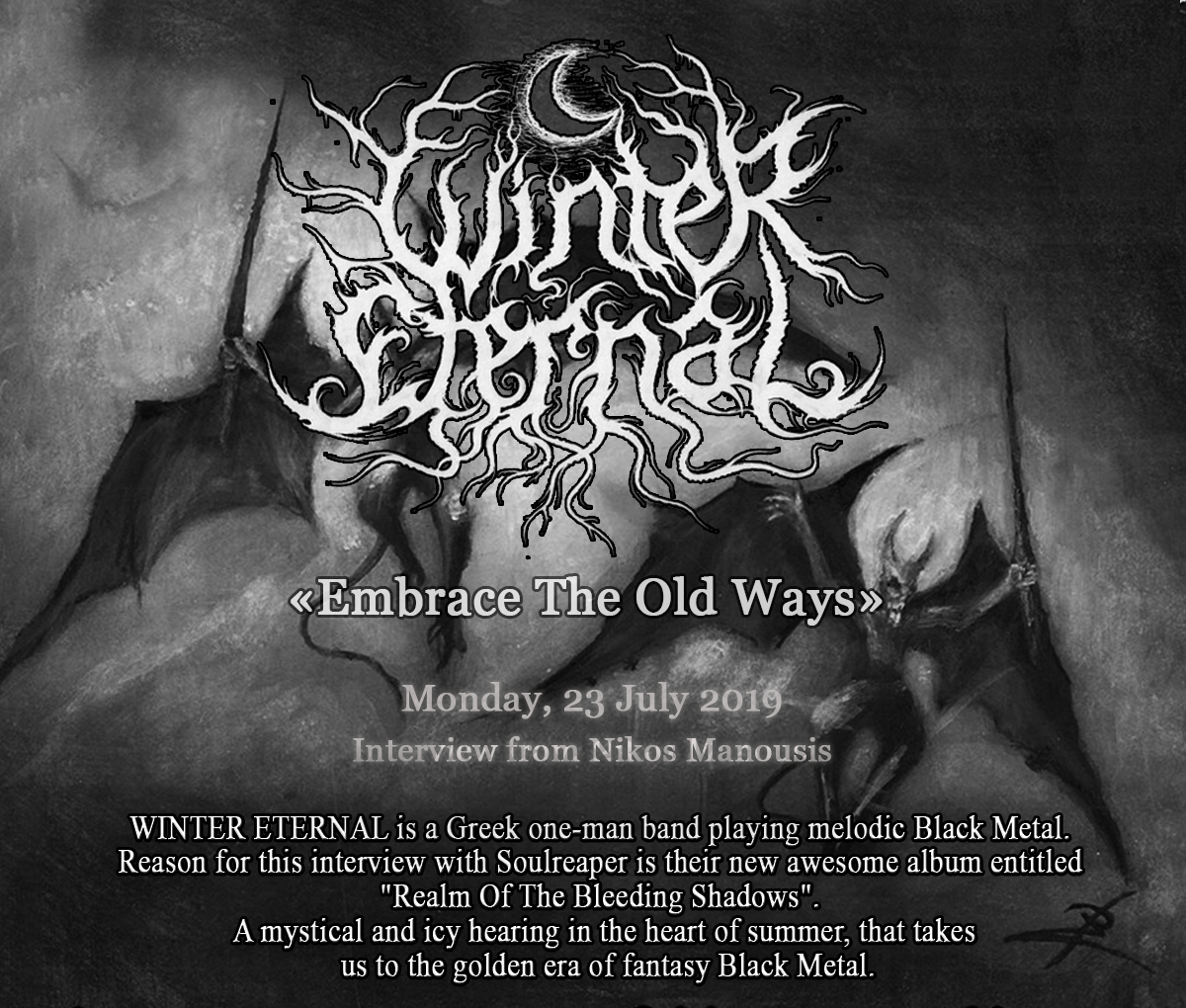 Good evening Soulreaper and congratulations for the new album! Can you give us a short biography of the band, for the ones who don’t know you yet?

Good evening and thank you very much for your good words and for the opportunity you are giving me through this interview. The band was created (with this name at least) in 2011 and so far we have released 1 Demo, 2 Full Length album and 1 Split. Our sound is mainly influenced by the 90’s of the Greek, Swedish and Norwegian  Black Metal and I would describe it as melodic atmospheric Black Metal. 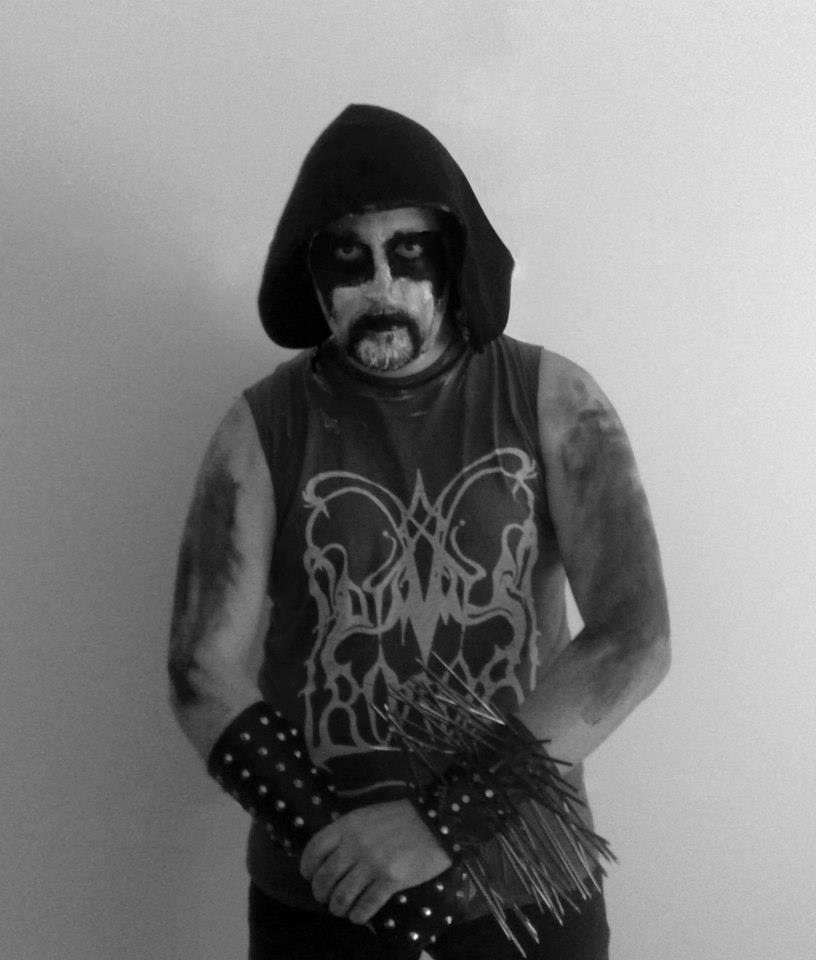 What are the main influences of  WINTER ETERNAL? You have participated at two tribute albums,  one for  Rotting Christ and one for Dissection. Do you consider those two bands as your main influences?

Dissection are my favorite! Its the band that has influenced me more than any other! As for Rotting Christ, it is a band that I really love and  consider as grand name of the Black Metal scene in general-not just Greek- (especially in the early period). Also, my vocals are quite influenced by Sakis Tolis. Other bands that have influenced our sound are: Vinterland, Marduk, Gates of Ishtar, Dawn, Dark Funeral,  Gorgoroth, Satyricon, Dimmu Borgir, Emperor  Ulver etc.

Recently you have released your new album entitled “Realm of the Bleeding Shadows”. Do you want to tell us a few words about the album?

It has riffs and lyrics that are written from 2002, when the name of the band was “Unveiled Nightsky” (like our 1st Full Length after all), but also contains several parts that their composition became much later. The great cover was made by my good friend Trifon S, the logo was done by the “lord of the logos” Christophe Szpajdel, the drums were recorded in Unholy Studio by Nekys, strings were recorded by me at Ouzocolas Studios and the Re-amp, mix and mastering was made in Entasis Studio by my brother friend, Nikos Papakostas. As for the song ‘The Promise”, violin and cello were taken care by the one and only Matthew Dakoutros. The recording was done by Dimitris Serpanos and Jason Iliopoulos and mastering by Thomas Sofianopoulos. Also, vocals at “A Tearful Song” are made by Sotiris Kathgor and the lyrics for “ Embrace the Old Ways” were written by Necropervert.

In your new album participates also Ungod (SAD, SLAUGHTERED PRIEST), with whom you had released a split album under the name SAD, in 2017. Can you inform us about this collaboration.? Is he a member of the WINTER ETERNAL or you just cooperated for the new album only?

We met with Ungod  through his label, Metal Throne Productions. The Demo and the two editions of our 1st album were released by MTP. Our cooperation was impeccable, so an upcoming collaboration would not be surprising. 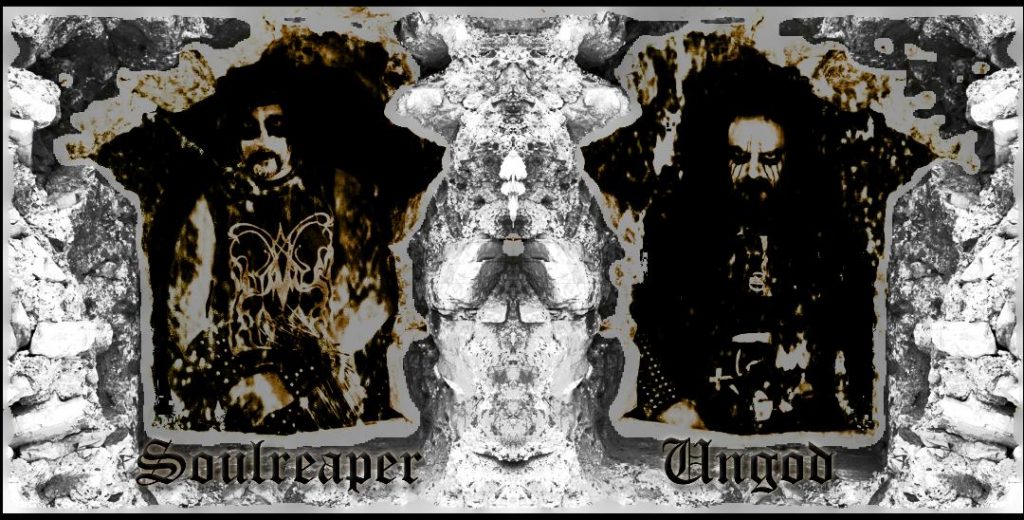 The album is released by Azermedoth Records and, if I’m not wrong, in a limited edition 666 copies. How did this collaboration started and if you are satisfied with the label.

My first contact with Azermedoth was made with our participation in the Official Tribute album for Rotting Christ with the “Diastric Alchemy”. The truth is, it was a bit more stress-free than it should, but in the end it all went well!!

The production of the album made me a big impression, with the fact that the bass sounds ahead reminding me of NECROMANTIA. It has a dominant role, which enhances the atmosphere of your music. How did that come about?

The fact that I had plenty of time at my disposal helped a lot, having to do with the album composition. After a lot of searching, there were several ideas on the bass that did not follow the melodic line of the guitar (as usual), so I wanted the bass to have a leading role in the whole production. Also “Crossing the Fiery Path” and “Scarlet Evil Witching Black” from NECROMANTIA are masterpieces!!!!!!!! 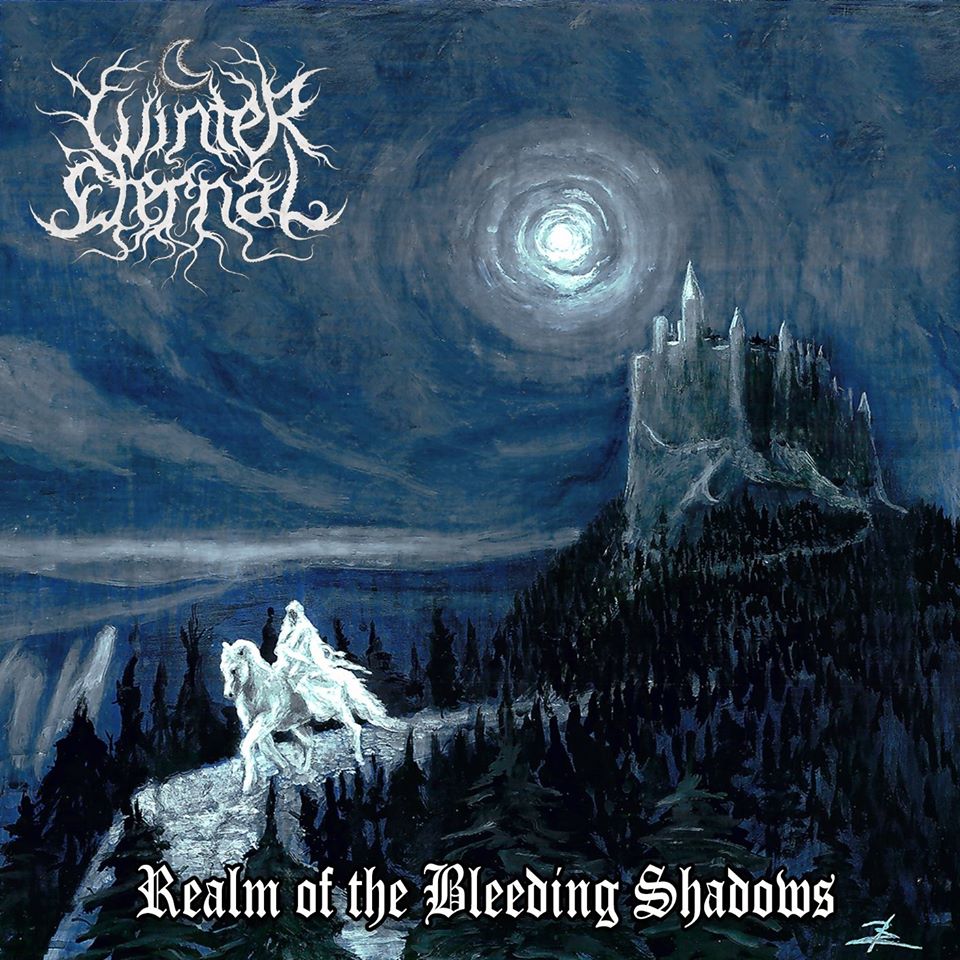 I wrote some parts that I thought would fit in separate releases and not in a full length album. That time we had the proposal  for the split with SAD and  it was the perfect release to use those songs. Also, guest vocals at “Unveiled Nightsky”’ and “Martyr Of The Darkened Realm” is from the great Tristan!!!! (Angstkrieg, ex-Dimmu Borgir, ex-Old Mann’s Child)

Indeed! Unfortunately we have not made some live yet, as up to now there was no time and line-up for doing that. It is something I would like to do and some actions have been taken to implement it.

Besides WINTER ETERNAL you participate in other bands, one of them is NIGHTBREED. Do you want to give us some information about them?

From the moment I moved permanently to Scotland, I only participate in my own project in which I have the opportunity to do whatever I want. Also I participate in WITHOUT GUIDANCE (technical Thrash/Death) and the GAMOSTAURIOUS. After we recorded the second album with NIGHTBREED, unfortunately I had to leave for Scotland!!

What are your future plans for WINTER ETERNAL?

I am already writing songs for our next album, but it still has a long way for the final outcome. If everything goes well, it’ll probably be released in 2020. I will also try to find members for live line-up, that it would help the band as it’ s something that I want a lot.

The forthcoming November in Scotland, takes place “Darkness Guides Us” Festival. A Black Metal festival that you organize, together with some friends. Three bands from Greece (KAWIR, VARATHRON and ZEMIAL) are participating. Tell us a few things about this festival.

This Festival will take place on the 23rd and 24th of November, 2019, at the Classic Grand in Glasgow-Scotland and I’m really looking forward for this to happen, more like a fan!! Strong Greek participation with those three bands you mentioned, as well as other big names like ANCIENT (who will play the whole “Svartalvheim” album-so imagine what’s gonna happen), IMPALED NAZARENE, NARGAROTH, SARGEIST, KRODA, HARAKIRI FOR THE SKY and the list continues!!!! The presale went surprisingly well and we are delighted to have noticed that people from every side of the world will come for DGU!!!! Because of this, we have added 50 tickets for sale, reaching maximum club’s capacity!!!! Less than 100 tickets are now available…. So anyone who likes those bands should not delay any longer and buy tickets from our website www.darknessfest.com

The logo was made by Christophe Szpajdel, and the name of the Festival we took from the title of the Demo of Winter Eternal!!
On November 22 there will also be a pre-show, with FUATH as headliners.