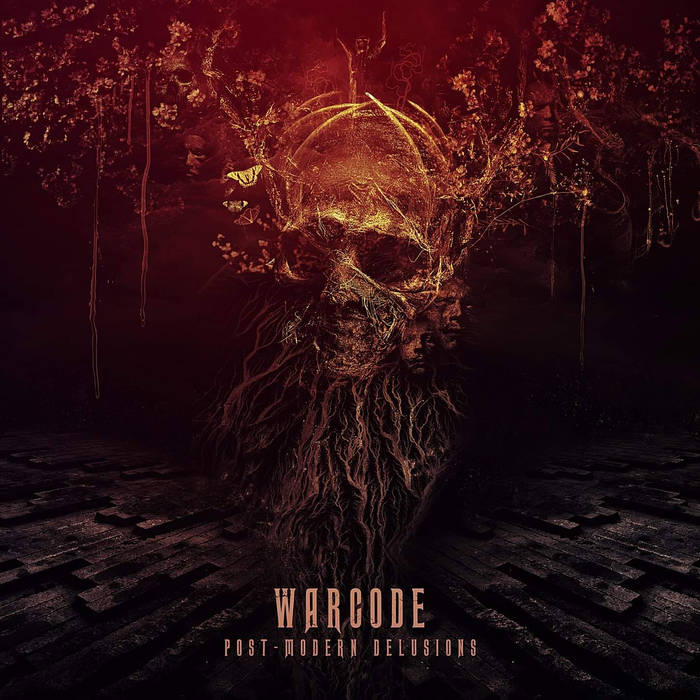 WARCODE is a Death Metal band from Trikala, Greece formed in 2007. In 2008 they’ve released their demo entitled ‘Warcode” and in 2014 their debut album “Vortex of Chaos”. There were some changes in the band’s lineup. This year they’ve returned (after 5 years of absence) with their second very good album ‘Post-Modern Delusions’.

The band on its second album sounds quite improved and more aggressive compared to their debut. Brutal Death Metal with Thrash elements in the style of MALEVOLENT CREATION with NAPALM DEATH’s groove breakdowns. Also frightfully solos influenced by the great Chuck Schuldiner. Main characteristic of the album is the band’s inspiration that gives us nine very good Death Metal songs. Brutal vocals, great riffs and a killer rhythm section that drags you into merciless headbanging. Very good production and cover artwork also.

“Post-Modern Delusions” is a Death Metal record that will leave the fans of the specific genre really satisfied. The band shows respect at their influences, while they put their personal touch in the songs without sounding boring or repetitive. After the first listening of this album you will have the feeling and the desire to hear it over and over again! I think WARCODE deserves to be among Greece’s best Death Metal bands!