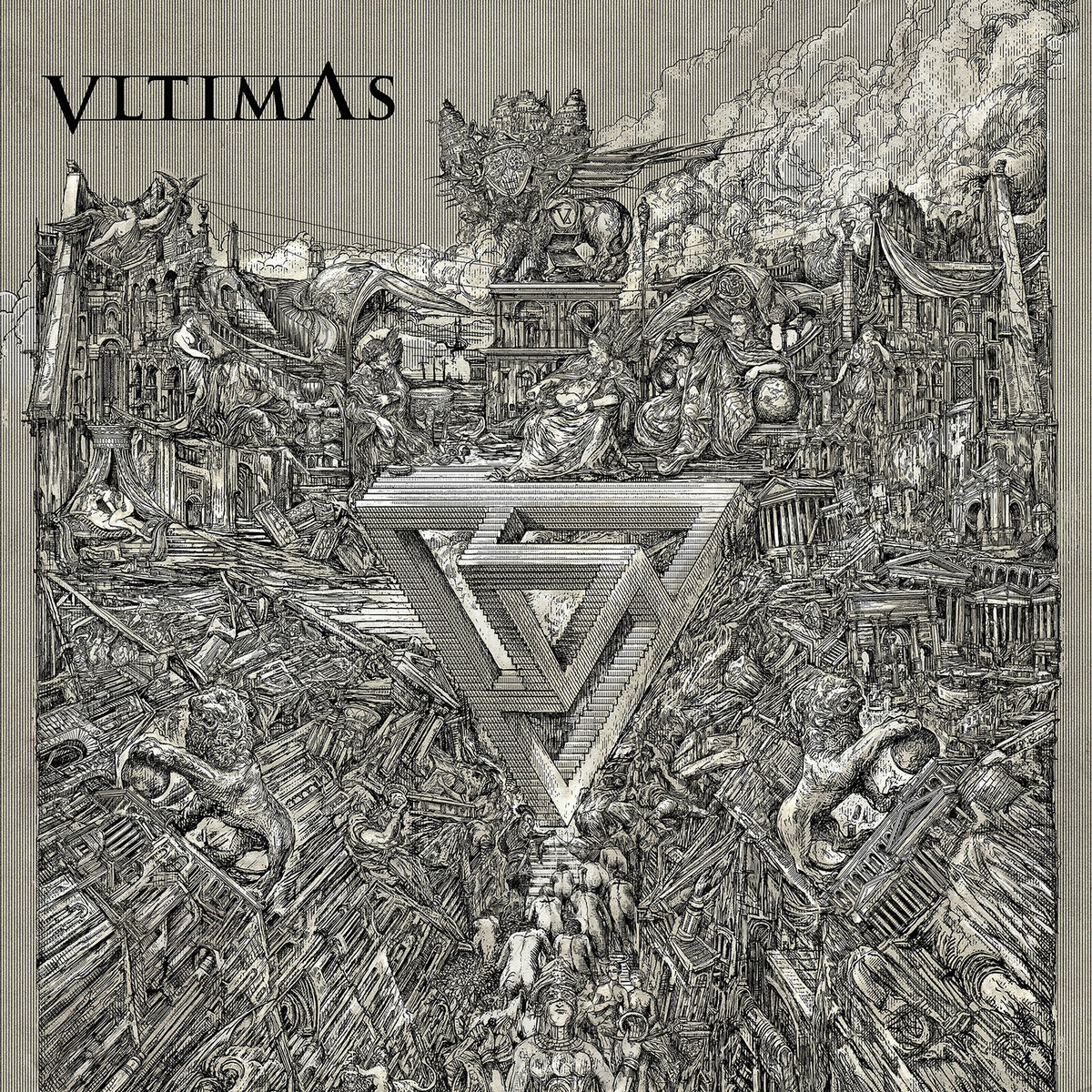 In most cases, the so-called “supergroups” are meant to fail either in artistic terms or commercially. Maybe that’s the reason why most of us knew absolutely nothing about the formation of VLTIMAS until last September (2019), when the first teaser track (namely “Praevalidus”) from “Something Wicked Marches In” was uploaded on the internet, and the recording process of the album had been finalized. You see, Rune “Blasphemer” Eriksen (guitars – ex-Mayhem/Aura Noir etc.), Flo Mounier (drums, guitars – Cryptopsy) and David Vincent (vocals – ex-Morbid Angel etc.) are experienced enough to know well the meaning of the phrase “you never get a second chance to make a first good impression”, thus they chose to “invade” suddenly, unexpectedly and with a lot of noise in the metal world. And all that fuss proved to be fully justified, since “Something Wicked Marches In” is indeed an excellent album! And it is such even though actually there’s nothing innovative about it, VLTIMAS did not attempt to search for “new, different ways of expression” (sic), so all the elitist “fans” (you know, all those who obsessively seek innovation in music, or set rules to themselves and to others about how anything should sound or not) might as well stay away from this album. Let’s be clear about it; this is a mainstream metal release not only in the extreme metal field but all over the metal globe (we live in times where a band like BEHEMOTH is a mainstream metal act). Moreover, there’s “star quality” here, and the experience of this trio is the ultimate warranty: These guys know very well who they are, and their self-confidence stands out in their music.

First of all, “Something Wicked Marches In” does not have a pretentious, wannabe-stylish production; there’s nothing “vintage”, “chaotic” or “lo-fi” about it. The overall work of Jamie Gomez Arellano (production, mix & mastering) is modern, clean, loud and “in your face”; the sound of the album grabs you by the balls from the very first second, and it fits perfectly with the music and the performance of the band. Furthermore, you won’t listen to anything surprisingly unexpected by these guys, especially if you’re a fan of them. One could say that they keep it relatively safe; they function within their “comfort zone”, and I wouldn’t totally disagree, however this specific “comfort zone” is of such a high level that remains unreachable for many other musicians in extreme metal.

So, then, what’s all this hype about VLTIMAS? What is this that makes “Something Wicked Marches In” so special after all? It is that famous cliché about the “chemistry” within a music formation. It cannot be explained very well verbally, but you can feel it when you hear it. In this particular time instance, the personalities, music abilities, creative skills and special characteristics of these three musicians matched perfectly with each others’, resulting to a piece of work that sounds so familiar, yet so fucking passionate and full of enthusiasm! This is what “chemistry” is all about, but even this is not enough if something else is missing: the songs. Eriksen stated that each and every one of the nine songs in this album is a potential single, and I agree up to a great extent. Whether we’re talking ultra-fast, straightforward, skull-crushing death/black metal (as in “Praevalidus”, “Total Destroy!”, “Truth and Consequence”, “Diabolus Est Sanguis” and “Everlasting”) or more mid-tempo, “staccato”, sometimes grandiose and sometimes a bit melodic songs (like the opening  titular track, “Monolilith”, “Last Ones Alive With Nothing” and “Marching On”), the listener’s interest and attention never fade out, the album flows smoothly and there is never a dull moment, thanks also to its “normal” duration (a bit more than 38 minutes). I frankly believe that there was absolutely no need for even one more track in “Something Wicked Marches In”, and conclusively this album is exactly as it should be for a crowd-pleasing, extreme metal release of high quality. In other words, this is a death/black metal album that all types of metalheads can relate to. And yes, this the best combination between MORBID ANGEL and MAYHEM that money can buy. Start quality, indeed.