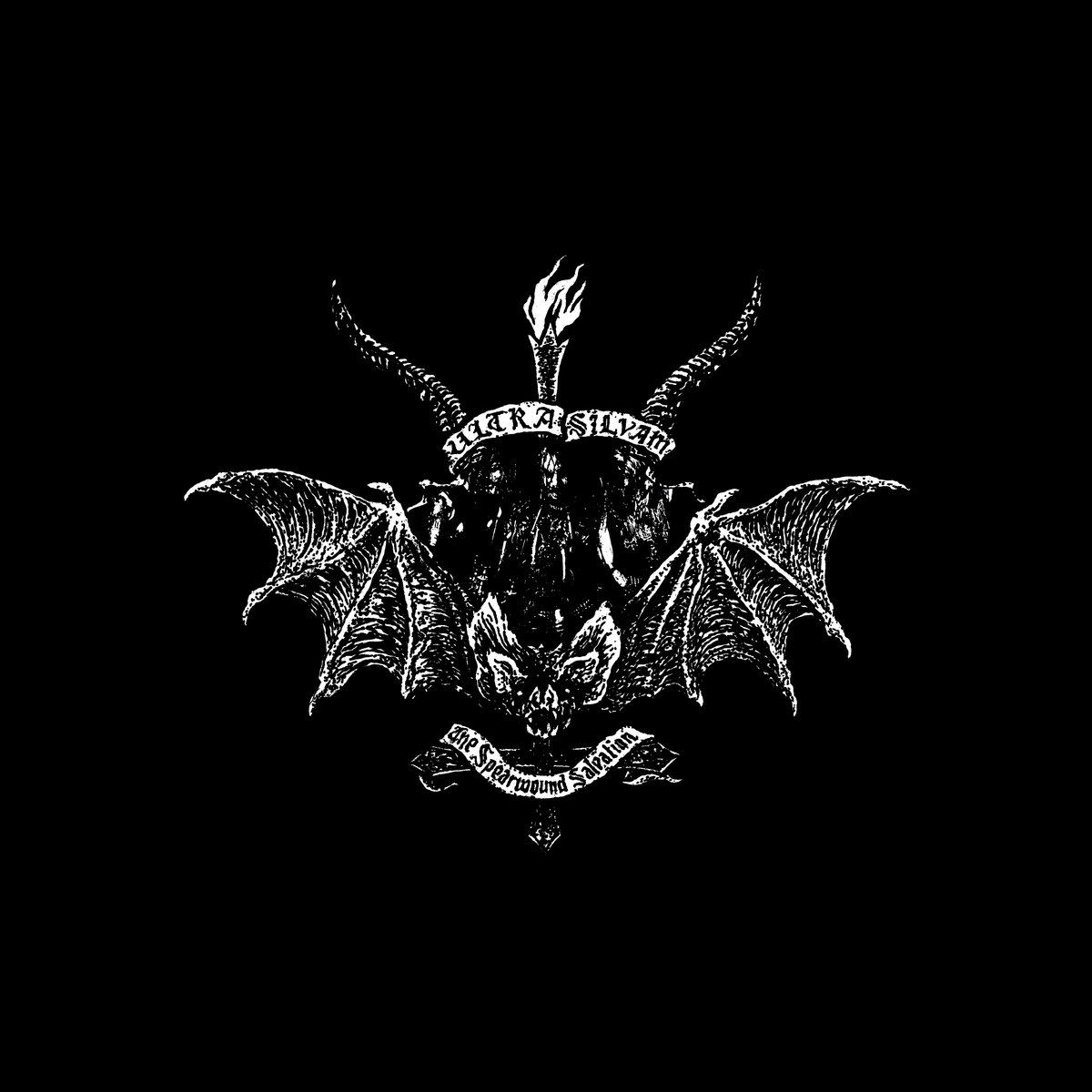 Ultra Silvam, a 3-piece band from Malmö, released in 2017 a heavily hyped demo cassette that propelled them to one of Sweden’s most promising black metal Bands. A small sample of relentless, raw, primitive black metal mixed with a dose of “rockfish” melody in guitars, that attracted the attention of Shadow Records who would release it as a 7’’ vinyl. With no intention whatsoever of innovating the black metal spectrum, and by honoring their musical core of influences (Nifelheim, Craft, Sorhin, Watain, and early Taake), they unleash “The Spearwound Salvation”; a raw, thrashy black metal hurricane of 7 unpretentious songs performed with heart and intensity. Though not groundbreaking, they manage to sound refreshing due to their orgasmic riffing which transfuses textural density, despite its short 28 minute duration. While improving the production, they maintain their filthy, rattling necro sound (reminiscent of ‘90s production) highlighting their black metal carnage. Diabolical melodies, soaring,  spiteful vocals, galloping drumming, relentless blastbeats (in “A Skull Full of Stars” they reach D-Beat level), euphoric riffs, and even a dose of Bathorian epicness (in “Wings of Burial”), everything in rapid succession, constitute a black metal assault on all senses. For fans of straightforward black metal and ‘90s production sound, Ultra Silvam’s debut presents an addictive mix of melodicism and abrasiveness, that transcends its obvious musical tropes with its ferocious riffology. Recommended for repeated listenings!