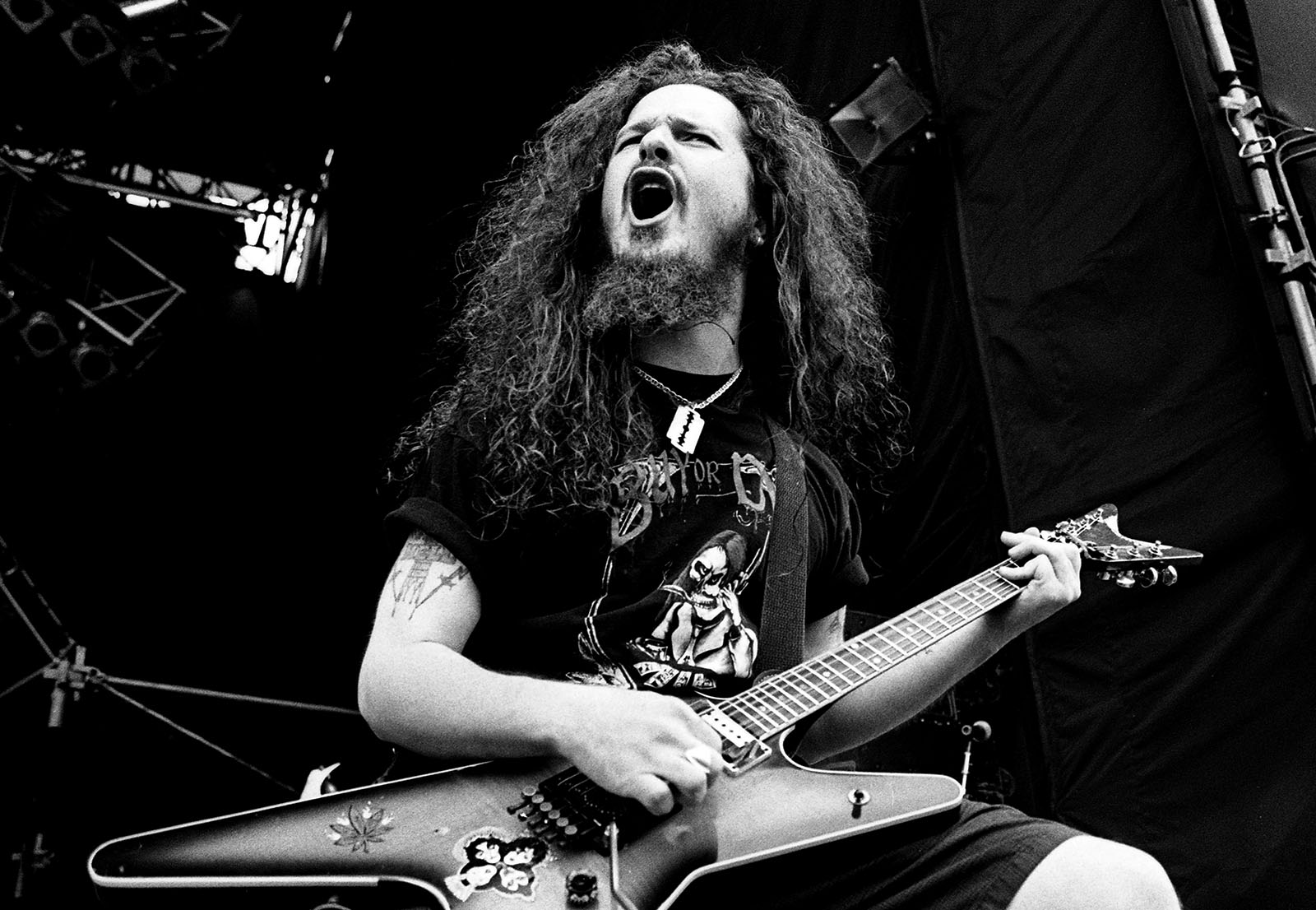 Today (Sunday, December 8) marks the 15th anniversary of the death of PANTERA and DAMAGEPLAN guitarist “Dimebag” Darrell Abbott. Abbott, one of the most beloved and respected musicians in hard rock, was shot onstage during a DAMAGEPLAN concert on this date in 2004 at the Alrosa Villa club in Columbus, Ohio by a 25-year-old ex-Marine named Nathan Gale. Gale murdered a total of four people and wounded three others before being killed himself by police officer James D. Niggemeyer, who arrived on the scene minutes after Gale began his rampage.

According to The Pulse Of Radio, Gale seemed to deliberately target Abbott, leading to speculation that the young man, who had a history of mental illness, held a grudge against Abbott and his brother, drummer Vinnie Paul, for the break-up of PANTERA in 2002.