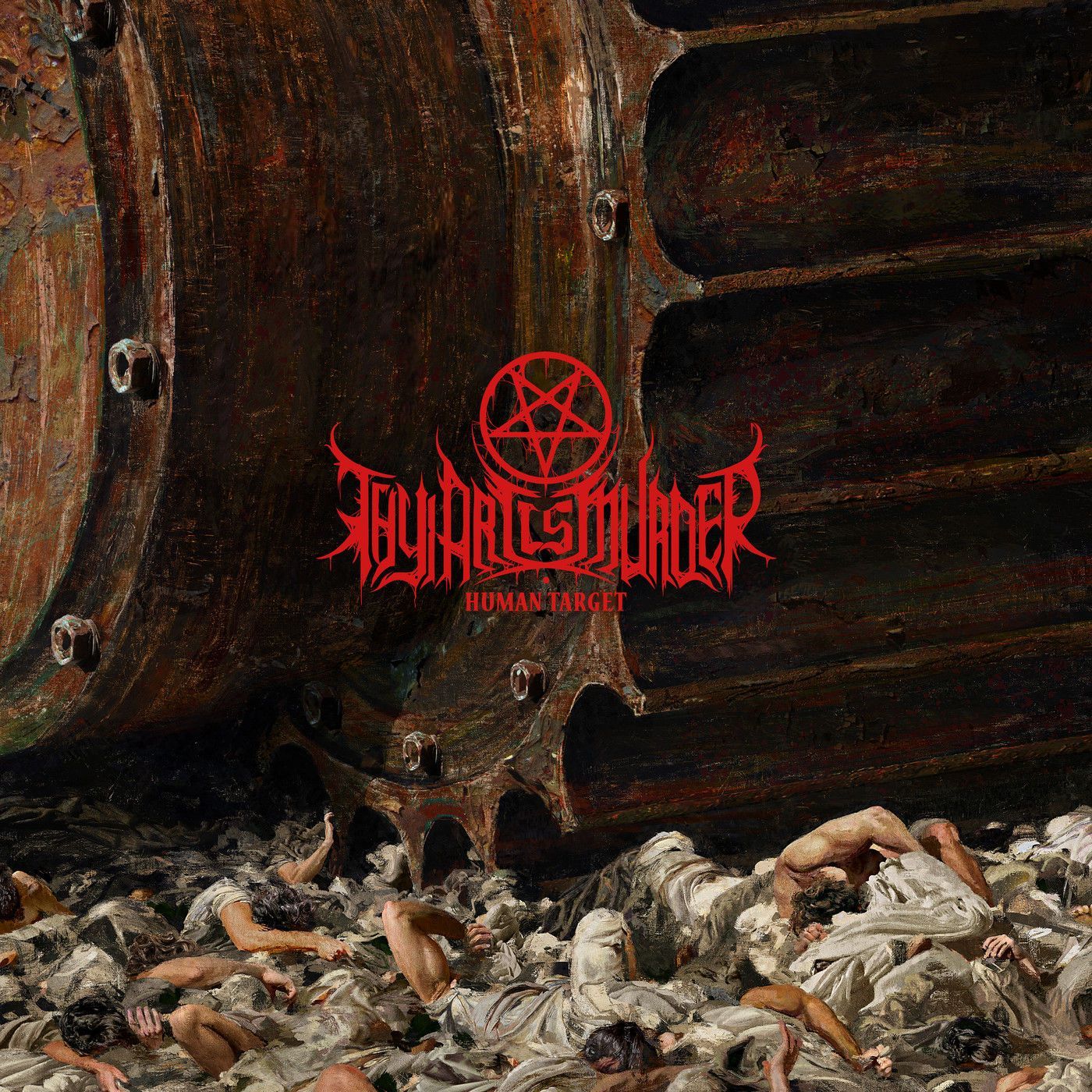 Two years have passed since the excellent ‘’Dear Desolation” and the Aussie THY ART IS MURDER are coming back with their 5th album to terrorize us with their classic chugging riffs and the monstrous screams of Chris “CJ” McMahon. For those who aren’t familiar, the band from Sydney, Australia, formed in 2006 and ever since, they have been on the forefront of the Deathcore scene, even if they prefer the term “Blackened Death Metal” akin to the legendary band BEHEMOTH which they have cited as one of their main inspirations.

With their new effort and with a new drummer, the band doesn’t do something drastically different to their sound but, they put out an album worthy of their discography so far. With ‘’Human Target”, THY ART IS MURDER won’t bring new fans into the picture but it will surely satisfy their core fanbase. If we could say that their previous effort ‘’Dear Desolation’’ was a mixture of Death Metal and Deathcore, but with the Death Metal aspect more apparent in the mix, the exact opposite stands for this new offering, with the Deathcore musical aspect being slightly more apparent this time around.

Songs like the title track ‘’Human Target’’, the lyrically sarcastic against the plague of social media nowadays ‘’New Gods’’ and ‘’Atonement” make up for some signature Deathcore tracks with dissonance and chugging riffs that emphasize in atmosphere more than in technical prowess. Special mention goes to the song “Eternal Suffering” which is a signature THY ART IS MURDER track that completely captures the essence and the style of the band and is my favorite on this album. Additionally I need to applaud once again the excellent vocal performance of Chris “CJ’’ McMahon who sounds like he isn’t human, becoming a candidate for the best brutal vocalist I’ve ever heard as well as the amazing crisp production of this album.

The only negative thing I have to mention is the lack of some creative riffs apparent in their previous effort due to the overabundance of chugging riffs, and the fact that it was a safe release by the band which didn’t take any risks.

Summarizing, THY ART IS MURDER have released a good album which will satisfy their core fanbase, but without trying anything new which will in turn bring forth new fans to the core.

Silent Winter – The Circles Of Hell