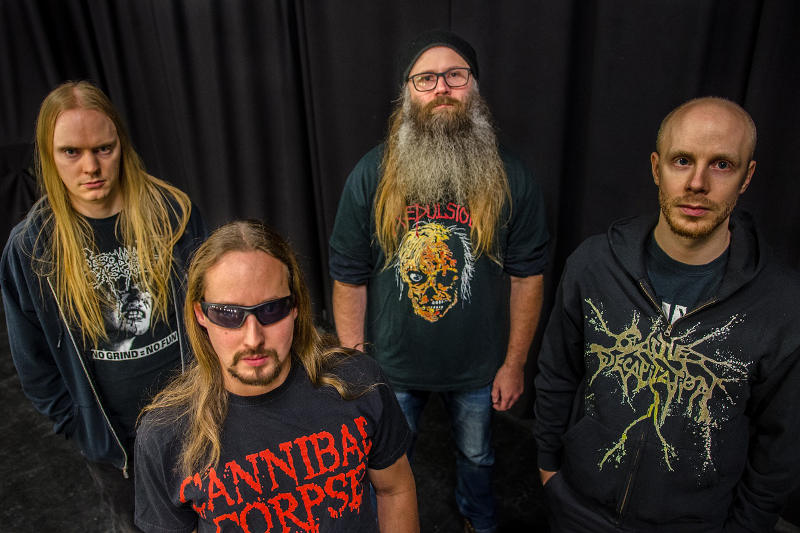 Swedish Death Metal long-runners DERANGED have entered Berno Studio (AMON AMARTH, THE CROWN, WITCHERY) in Malmö, with plans to record their tenth album, the follow-up to ‘Struck By A Murderous Siege’ (2016). The record is set to be released early next year on Agonia Records. This will be DERANGED’s first album to feature new vocalist, Johan Bergström (VISCERAL BLEEDING).

The band commented: ‘Alright! We’re back in Berno Studio to record our tenth full length album! Eight tracks of swift, uncompromising brutality and skull crushing heaviness! To be released spring 2020 via Agonia Records. Album title to be confirmed, some of the song titles are: ‘Quarantine Required For The Rotten Masses’ ‘Engulfed By Hate I Stab To Kill’, ‘Carnal Provision For The Rotten Masses’.