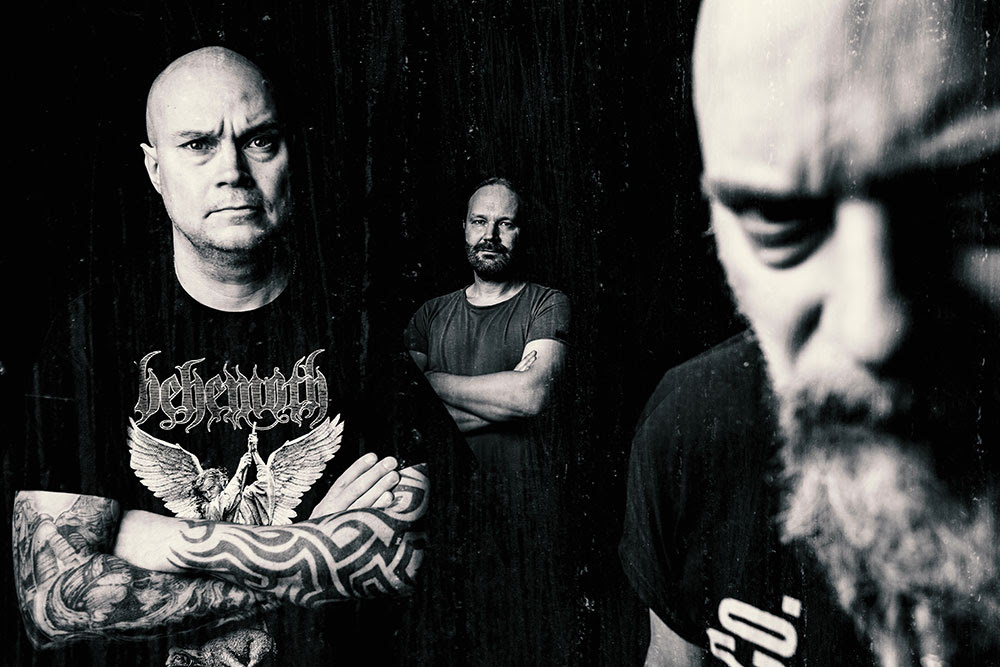 Swedish Death Metallers DEFLESHED, have released an official video for the title track of their forthcoming album “Grind Over Matter”, out on October 28th through Metal Blade Records.

Gustaf Jorde comments: “We’re excited to present the first song off our first album in 17 years – ‘Grind Over Matter’! Together with Lawrence Mackrory we’ve worked hard to produce an audial bitch slap for all of us who need one from time to time. Enjoy the madness – fast forward to the front!”

“Grind Over Matter” was tracked at Rorysound Studios, Uppsala, Sweden, with Lawrence Mackrory, with two weeks devoted to drums, another two for guitar and bass and two three-day sessions for vocals. “It was pretty straightforward, the hardest part was to not get carried away by impulsive ideas too much, but stay put to the original plan,” says Jorde.

From the mid-90s to 2005, Sweden’s Defleshed churned out a hot blend of Thrash, Death Metal and Grindcore, marking themselves as one of the most vital bands in all three of those genres. Having run out of inspiration and wanting to try other things they called it a day the same year they released their fifth album “Reclaim The Beat“, and ever since fans have hollered for their reunion. In 2021 they got what they were asking for when the band’s core lineup – guitarist Lars Löfven, drummer Matte Modin and bassist/vocalist Gustaf Jorde – got back together. They released the “Fleshless And Wild” single the same year and are now looking forward to releasing “Grind Over Matter”!

You can watch the official video for “Grind Over Matter” below:

BODOM AFTER MIDNIGHT: Officia Video For New Song “Paint The Sky With Blood”!