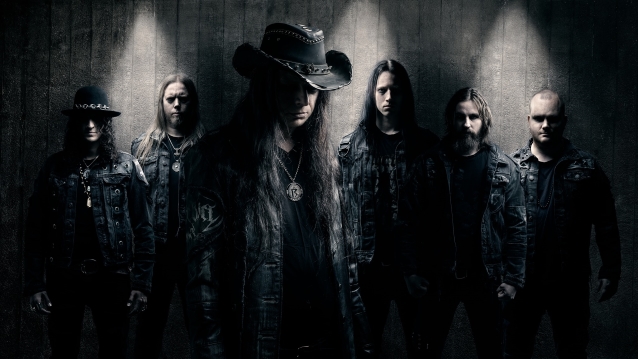 Swedish melodic Black/Death metal act NETHERBIRD is pleased to announce their upcoming fifth album “Into The Vast Uncharted”, due out September 27 via Eisenwald.

As the band’s first album to feature former Amon Amarth drummer Fredrik Andersson, “Into The Vast Uncharted” is a straight ripper of an album. Produced by Hiili Hiilesmaa (HIM, Amorphis, Apocalyptica) and mastered by Dan Swanö (Asphyx, Incantation, Marduk). Almost as important, Into The Vast Uncharted‘s breathtaking cover art is derived from Swedish painter August Malmström’s 1866 oil on canvas Älvalek.