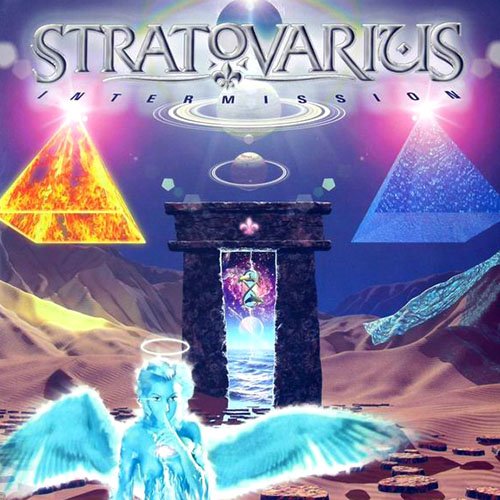 Things are very simple here. The Finns, in order to fill the gap that their music absence has left, release a CD with many unreleased and rare songs, along with 4 new ones. Not to be surprised, just know that the 7 out of the total 15 songs, are close to ballads levels, showing that the band has “loosen up” a lot…

The four new songs consist of 2 ballads (“Will My Soul Ever Rest In Peace” and “Falling Into Fantasy”) in the classic STRATOVARIUS style, a beautiful instrumental song (“Requiem”) and a really interesting power metal composition (“The Curtains Are |Falling”). Next, we have 3 covers, JUDAS PRIEST (“Bloodstone”), DIO (“Kill the king”) and RUSS BALLARD (“I surrender”), having the third recorded live and unreleased. The forthcoming “Keep The Flame” and “Why Are We Here?” are songs destined for the “Infinite” album, but they were finally released only in France and Japan as bonus tracks of this album. The same happened with “What Can I Say”, “Dream With Me” and “When The Night Meets The Day”, with the only difference that they come from the “Destiny’s” period.  The song “It’s a Mystery” comes from a very rare 7” while the “Cold Winter Night” was a European bonus track of “Destiny”. Finally, “Hunting high and low” comes from a live unreleased version.

Generally speaking, “Intermission” is a very interesting release, since the strong power metal songs are there, the ballads also exist and, in addition to this, in this album there is material that cannot be found easily. If it is true that it will be released in price lower than usual, STRATOVARIUS’ fans should start being excited from now…

P.S. The initial publication of this review was in the Greek METAL INVADER Magazine – Issue 56, June 2001