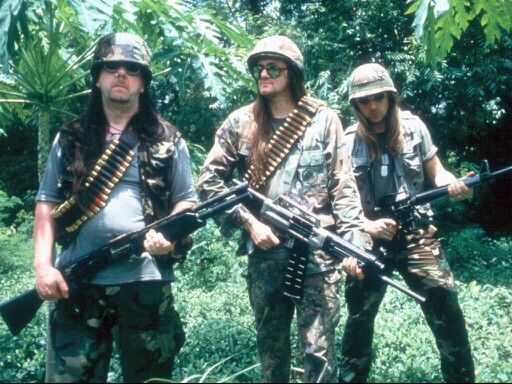 t’s already been 20 years since SODOM released their revered concept album “M-16”. It doesn’t really seem like it’s been so long ago but that’s two whole decades. The album itself is regarded as one of the prominent stand-out albums in the band’s history. Originally released in 2001, M-16 is the record that brought SODOM into the 21st Century. Now the band announced the 20th anniversary celebration of M-16. On December 10th they’ll be dropping a newly remastered special anniversary edition release that’ll be made available in three different formats: 1xCD Media Book, 2xLP, and 4xLP Box Set. In addition to the remastered songs, the CD includes two previously unreleased live tracks from 2001 and an extensive media book containing never-before-seen Sodom photos, which also can be on the orange vinyl version (2LP, 180g).

“The recording is definitely one of Sodom’s classics, not least because of its consistent thematic concept. It was also our last collaboration with producer Harris Johns, finalising an important era for the band. I’m very happy that M-16 will now be re-released as a ‘20th Anniversary Edition’ with new versions and lots of attention to detail.” Below you can watch the official lyric video for “Napalm in the Morning (2021 – Remaster) “

One of the bonus live songs will be “Remember the Fallen (Live Wacken 2001)”, which you can listen below.

Video game by the Swedes CULT OF LUNA!