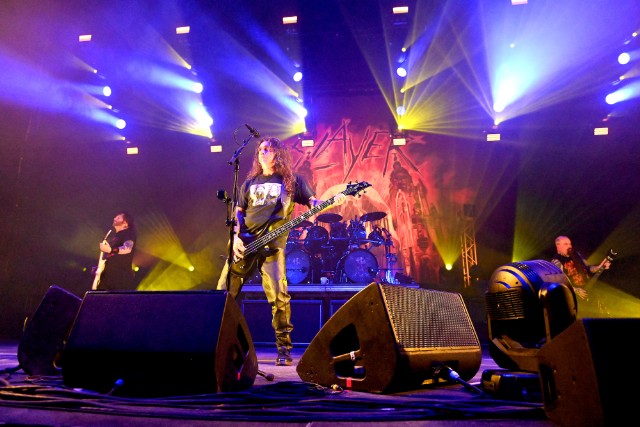 They came, they saw, they conquered. The mighty SLAYER have concluded a legendary touring career, playing their final show last night on November 30 at the Forum in Los Angeles. The Thrash titans victory lap kicked off on May 10th, 2018, and took them through over 30 countries and 40 American states across more than 140 gigs, “with the band’s intention to play as many places as possible to make it easy for the fans to see one last Slayer show and say goodbye,” the group explained in a joint statement.Fan-filmed video footage can be viewed below.

When the Stillness Comes

Seasons in the Abyss