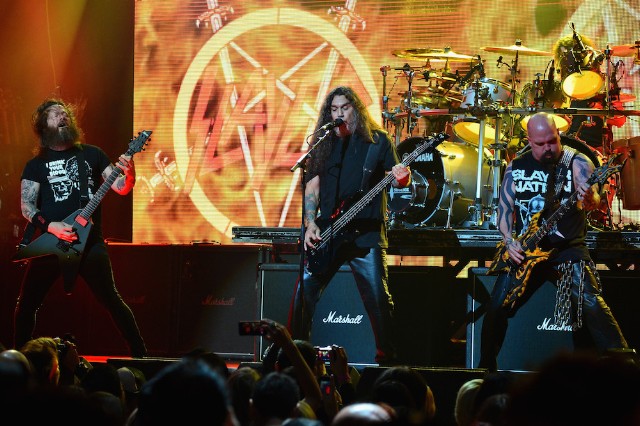 SLAYER, along with Trafalgar Releasing, Nuclear Blast Records and Prime Zero Productions, have shared the theatrical trailer for “Slayer: The Repentless Killogy”, coming to theaters worldwide for a one-night-only event on November 6. In addition to the new trailer, fans can now find local theaters and purchase tickets at https://www.slayer.film/

Following the global theatrical premiere, on November 8, the film will be available digitally and on Blu-ray, and the soundtrack from that concert will be released as both a two-disc vinyl and two CD packages.

BLAZE OF PERDITION announce new album ‘The Harrowing of Hearts’