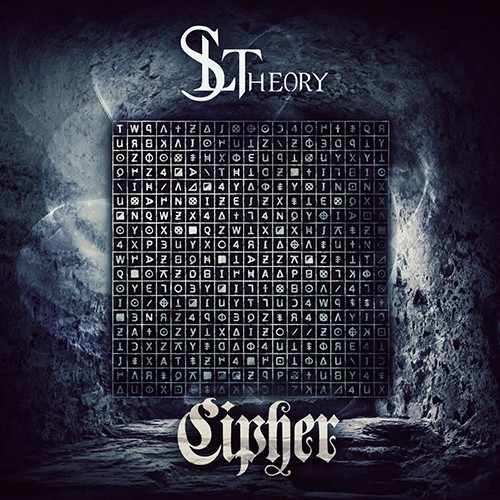 Greece is one of the most active in the world’s metal map, in terms of creating new bands and producing new albums (usually good and worthy of attention). Such a noteworthy release came to be added to the list above, at the end of 2019. This is the new album of AOR/Progsters SL THEORY entitled “Cipher”.

The personal project of Sotiris Lagonikas (drummer of WHAT’S THE BUZZ), started out as a one man band, reaching a peak of ten talented musicians and now, ten years after their founding, they have a more solid line-up. With significant influences from Rock giants such as Foreigner, Kansas, Styx and the great Queen, but without trying to duplicate those names, they come to present us their new, high-end work, just like their predecessors.

“Cipher” is a full-bodied AOR/Progressive Rock album, something easily noticed from its opening track, the epic thirteen-minute long “Life And Death Of Mr Ess”. Going on, we find very interesting songs like “If It Wasn’t For You”, “Anyone Anymore” and “Devil’s Suites”. Very beautiful compositions combined with the amazing vocals of Michalis Karasoulis, found in an album that sounds pleasant in its entirety from the lovers of the genre.

All in all, here we have a release coming from Greece, that transcends the country’s borders and deserves attention and support.

Yoth Iria – Under His Sway

Paul Di’Anno – Tales From The Beast