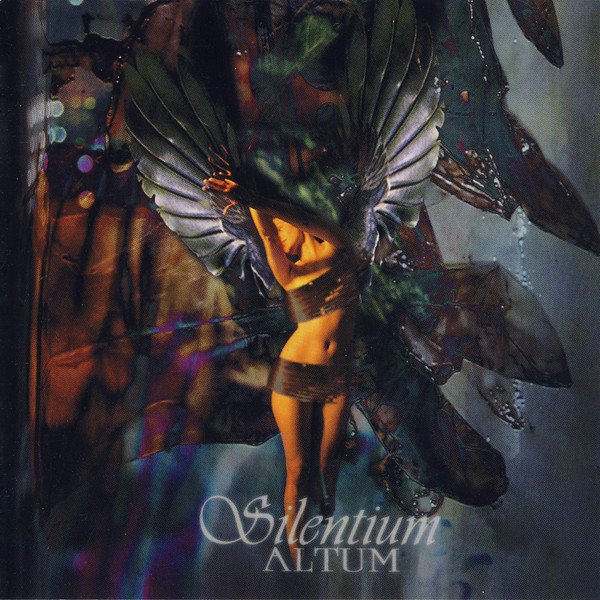 Under the dark sound-colour of pure rain, dreams feel unshackled, abstract. In the arms of melancholy, not for a second, feel no fear. They know, that there will always be angels there to protect them… SILENTIUM’s angels…

A group that exists since 1996 as a six membered band, with only one EP and one full length album released and with the album  “Altum” marking one of the most melancholic releases in 2001. The band’s basic characteristic is the eerie tone of the vocalist Tiina Lehronen, which is the new, seventh member of the band. Her voice is intertwined with the definition of nostalgia, grief and pain. In combination with the wounded violins which search for an escape from this futile world, the “tearfull” keyboards struggling in every note, along with the ala Vincent Cavanagh vocals of the tenor Matti Aikio, the situation starts being dangerous for the depressed people..

The Finns SILENTIUM are influenced firstly from MY DYING BRIDE’s “The Angel And The Dark River” and “Like Gods Of The Sun” era. Only with them can be compared the unparalleled sorrow transmitted from “Altum”. In some cases, the way the male vocals are recited exclusively depicts Aaron “outside of himself”. There is also a great influence by ANATHEMA here. Especially the album “Alternative 4” is probably a temple in their home, can’t explain it otherwise. In the list of influences we can add CELESTIAL SEASON, WITHIN TEMPTATION, THEATRE OF TRAGEDY, LACRIMAS PROFUNDERE so you understand what it’s all about.

The whole album moves in mid-tempo rhythm with some blasts, in which we find some Death vocals. The production took place in Finnvox studios (STRATOVARIUS, CHILDREN OF BODOM, NIGHTWISH) and that made the sound extremely good. The cover, in which we find the angel we mentioned above, is very good. To those who like melancholic music, I urge you to listen to songs like «Painless», «To My Beloved One», «Revangelis», « Into The Arms Of The Night…» with great pleasure, letting music travel you to nostalgia..

P.S. The initial publication of this review was in the Greek METAL INVADER Magazine – Issue 56, June 2001

After The Burial – Evergreen