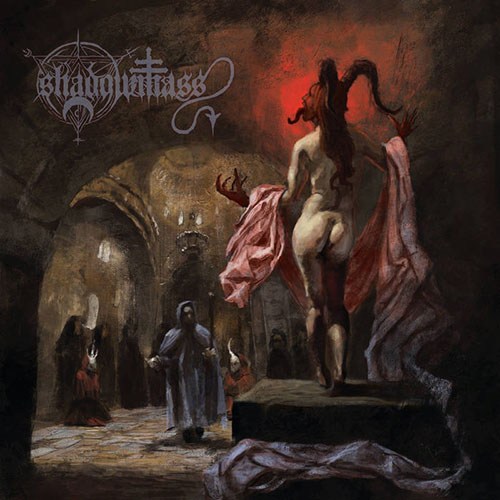 SHADOWMASS is a Thrash Metal band from Athens that was created in 2019 and this selftitled album is their first one. We should mention here that SHADOWMASS is not exactly a new band, as they were created from the ashes of another thrash metal band called FADOM. FADOM were formed in 2010 and have released the EP ‘Thrash Bandicoot’ in 2011 as also their one and only full length album called ‘Pantophobia’ in 2014. In fact, SHADOWMASS is the continuation of FADOM with a new name. Note, that the lead singer/guitarist of SHADOWMASS is Stam from CHRONOSPHERE.

The album has all the characteristics of a Thrash Metal album enriched with influences from Black Metal and Melodic Death Metal. The band offers us raw thrash rhythms and fast tempo songs. Very good performance of all members, nice drumming by Maelstrom with some explosive blastbeats, bass from Constantine which leads the band’s sound, guitars throwing up riffs and angry vocals by Stam. The band has energy and this is reflected in the album.

SHADOWMASS has released a very good debut album, a strike of dark and extreme thrash metal for 37 minutes. They are doing a new start in the really good way, and I believe that will be addressed in the future. Listen to ‘Shadowmass’ and you won’t be disappointed!

Project Renegade – Order Of The Minus