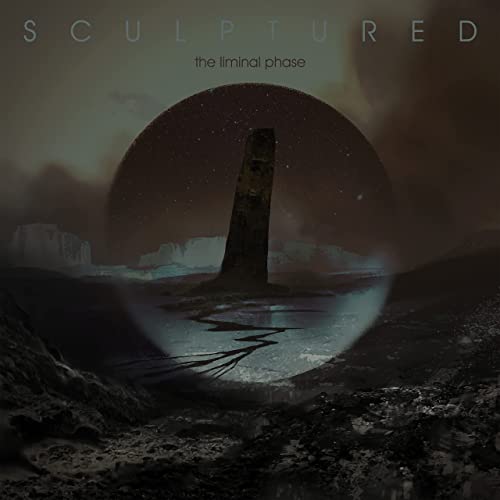 “The Serpent and the Sphere” of 2014 was supposed to be the swan song of AGALLOCH.. Although SCULPTURED have been existed since many years (more specifically since 1996), however all these years remained in the background circulating at very sparse time intervals. The attention Anderson was able to give to SCULPTURED was ultimately determined by the attention he had to give to AGALLOCH and his academic career. So after the dissolution of AGALLOCH, the time was found for Anderson to meet bassist Walton, to call back an old acquaintance, Andy Winter at keyboards and in the place of vocals and drums Marius Sjoli and Martti Hill.

Someone who first comes in touch with SCULPTURED, looking at the names their CVs and generally this US-Norwegian partnership, would expect something melancholic, dark, perhaps even noisy. And yet, SCULPTURED play progressive metal with several doses of OPETH to put you roughly in the mood. This time Anderson decided to stay behind and give space to the newcomers to highlight the musical character of “The Liminal Phase”, but this move also carried its risk and probably did not work.

From the very beginning of “Ordeal of Undecdability” what struck me was the sound…so clogged, so disconnected, so “monolayered”. I do not know if they did it on purpose considering a connection with the artwork and the lyrical themes, but they had 13 years to release an album and “The Liminal Phase” was being worked for three years (according to their statement), so I consider it unacceptable to have such a sound. Sjoli’s voice is still low, almost superior to the dynamics of the other instruments. It’s like they all adapted on the vocal cords and remain stuck without the ability to pick up or even to “hit the gas”. It is a pity because some remarkable guitars passages can be heard, the serious work of Winter (I always considered him as a very remarkable artist, especially with WINDS) on keyboards and creating atmospheres. Another fact that I was positively attracted by is the use of strings that gave a more lyrical tone to the release’s progressiveness.

In conclusion, in the year 2021 with all these possibilities provided by technology I believe it is unacceptable that there is such an low production on a progressive metal release. Only the band itself can explain the reasons for this decision, however they don’t.. Too bad for the capabilities of the members, too bad for the roster, too bad for the dynamic of the album, a pity in general and for the listeners who will try to listen to “The Liminal Phase”.