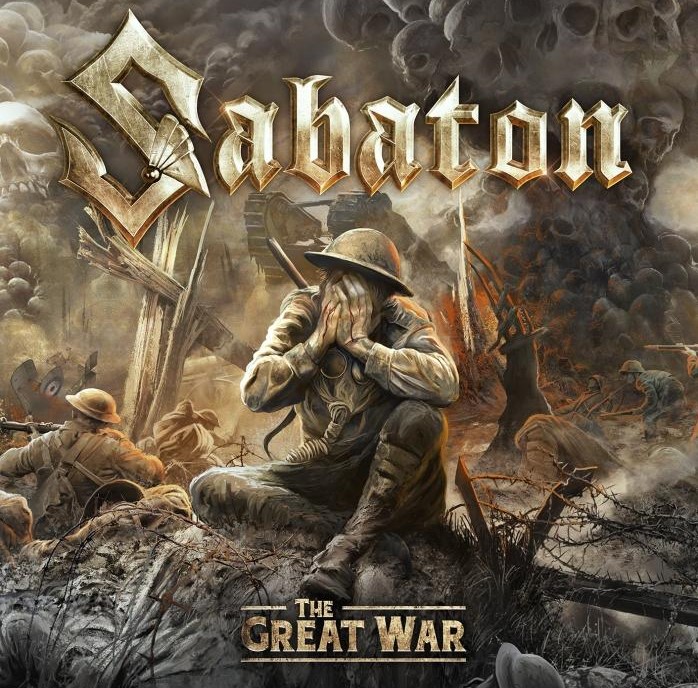 SABATON entered our lives dynamically from their first releases and they were either very much loved or much hated. However, they’ve headlined in festivals and now they have a big number of loyal fans who follow them faithfully. Here we will deal with their new, ninth studio album entitled “The Great War”.

The themes are the ones expected, as in their previous works. Verses inspired by warfare and important battles and faces that have participated in them. This time, the Swedes are entirely involved with the First World War and everything that has happened back then…

A short album, lasting only 38 minutes, but full of music inspiration and enjoyable as well, in the well-known Swedish formula! This was expected from the time the first single “Fields of Verdun” was released. Highlight racks from this album are the awesome and fast “The Red Baron”, with a concert style and a chorus that will make you sing and the “Seven Pillars of Wisdom”, a piece dedicated to Laurence of Arabia.

SABATON are who they are. They will not change Heavy Metal, nor will they be the ones who will give birth to new subspecies. But surely what they do, they do it well. Pleasant and entertaining Heavy Metal, which will not let you complain either live on their concerts or through their studio albums. Concluding, those who do not like them, will not see anything different here that will make them love them. Those who appreciate SABATON will surely enjoy “The Great War”!