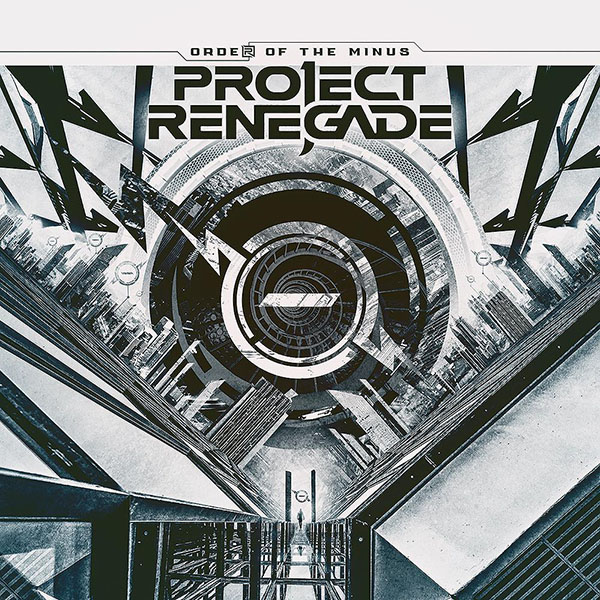 PROJECT RENEGADE is a four-member metal band from Athens, created in 2014. Their sound can be described as a mixture of alternative, nu, industrial and gothic metal with modern elements, groove and some electronic vibes. This mix produces heavy riffs, combined with wonderful vocals. “Order Of The Minus” is their second release after EP “Cerebra”. It is also their first complete full release.

The album includes ten songs that will amaze groove metal fans. The band has made a really good effort on songwriting. This effort is reflected in this album, as the songs are better and more mature than the ones in the EP “Cerebra”. I believe that with “Order Of The Minus” the band has improved and managed to achieve very high standards. Also Marianna’s voice is amazing, explosive and emotional at the same time, something that impressed me. A very important fact for the quality of the album is the fantastic production which competes easily productions of major studios abroad and helps the songs to establish their quality.

Overall “Order Of The Minus” is a very good modern metal record, much more different from the majority of the Greek Metal bands. The band proves with its career that it works professionally and focuses on its goal of releasing the best album in nu/groove metal in Greece! An album that can stand against modern metal releases from well-known bands. Fans of IN THIS MOMENT, LACUNA COIL, SLIPKNOT, KORN and fans of nu/groove metal must hear “Order Of The Minus”.

As I Lay Dying – Shaped By Fire