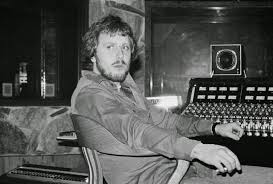 The great producer and sound engineer Martin Birch passed away yesterday, August 9, 2020, at the age of 71.

Martin Birch was a British music producer best known for his collaborations with the bands DEEP PURPLE, RAINBOW, BLACK SABBATH and IRON MAIDEN. He retired after producing on IRON MAIDEN’s “Fear of the Dark” in 1992. He is considered one of the best producers of Hard Rock and Heavy Metal music. He appears in the video clip for the song “Holy Smoke” by IRON MAIDEN, while he has played acoustic guitar on the album “Mystery to Me” by FLEETWOOD MAC. DEEP PURPLE has also dedicated the song “Hard Lovin ‘Man” from the album “Deep Purple in Rock”.

The cover of their new album is revealed by myGRAIN!