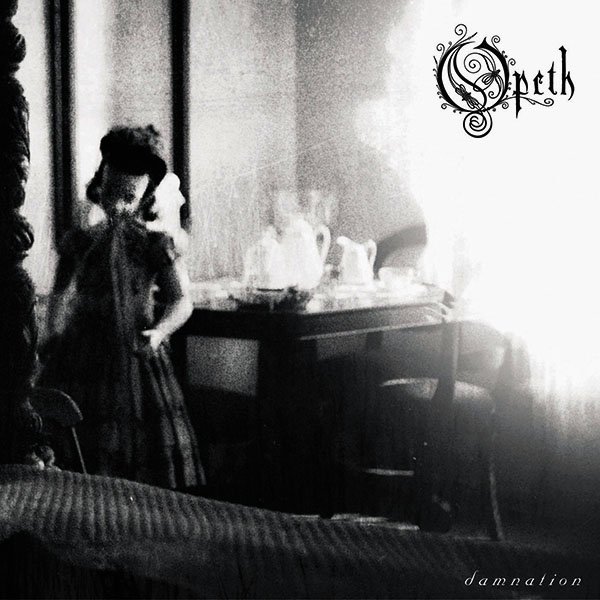 I believe that MUSIC is one of the few values on this planet, that really worth living for…

When I was younger and less educated in the musical field I was frequently asking myself how is it possible a certain kind of music to create feelings that deterministic belong to another kind…For example, how can Cretan traditional music create a Heavy Metal sensation…? How can Heavy Metal moments bring to mind the golden age of Classical Music…? The answer came with the years and was so simple…Music has no borders and limitations!

Every piece of qualitative musical arrangement separates itself from the mass by its unique endowment to disclaim any cliché and to create a path that has never been followed before, leading up somewhere that could not be forecasted…An ability to reflect sensations and feelings that someone would expect exclusively from a specific genre, but from a totally different musical approach…That’s exactly what we find in “Damnation” album…

The inspiration and musical love coming from Mr. Mikael Akerfeld’s side is known from the early 90’s, when a band with the peculiar hallmark “OPETH” consisted his flagship storming from Sweden…Those times, our ears were encircled from a kind of Technical/Prog Death metal hybrid…Years passed by, OPETH seemed to evolve in each and every release with a way that could not be easily followed from the average-ear… Mikael’s great vinyl collection of 70’s and 80’s progressive/psychedelic rock albums formed to him a unique composing ability, characterized mainly from the aforementioned prog-rock era and of course from Heavy Metal music…

Coming into this M-A-S-T-E-R-P-I-E-C-E called “Damnation”, you must know that NO single note that brings to mind the heavy metal cliché sound will be found in here…The sound is mostly acoustic and mellow, reminding ballads from the 70’s progressive rock era. However, the feeling breathed out is surely heavy; heavier than any of those metal bands that try to sell cds in the name of metal, without the slightest touch of inspiration…This heavy and sonorous feeling is coming full circle with the dark, inner lyrics derived from Akerfeld’s obscure world…In both eight songs you’ll hear exclusively Mikael’s clear voice; And really, what a voice…! One of the most delicate and expressive that has ever been heard in the rock/metal phasma!

No need to talk about songs like “Windowpane”, “Hope Leaves”, “In My Time Of Need”, “To Rid the Disease”…
With this one, OPETH broaden every aspect in our beloved music… The meaning of music is hidden in here…Just let your self discover it…May “Damnation” accompany you in your “distant” moments…