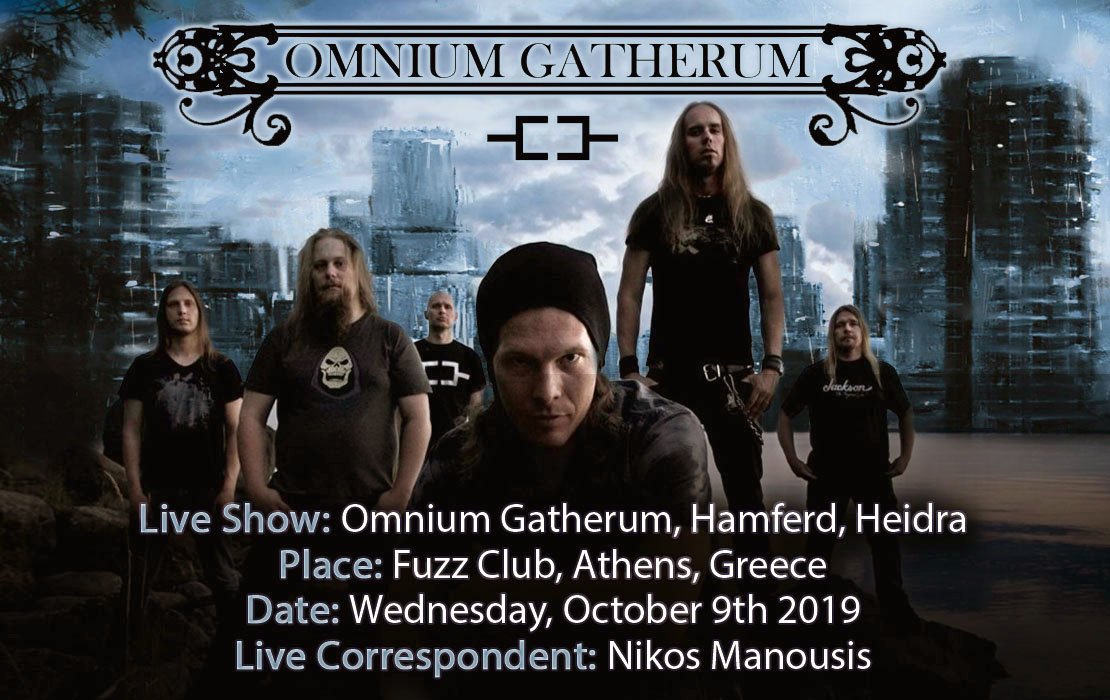 It was Wednesday, October 9th, 2019 and as I was on my way to Fuzz club, various thoughts were going through my mind regarding this event. Firstly, I was really curious about the number of metalheads that will attend this event, because those bands are not the most popular in our country. Secondly, I was surprised from the venue’s choice. I believe a smaller place would be more appropriate for the specific occasion.

When I entered the club, HEIDRA had just started their set. As I suspected, few people have already come (about 40 persons) and as you understand, the visual image of the place was disappointing. The band didn’t seem to bother at all and tried with the melodic Folk/Viking Metal style to cheer up the small crowd. They had enough energy and, with the help of the good sound, they did a very good performance for about 30 minutes.

Without any delay, HAMFERD adjusted their instruments and their costumes, and they began their set. For about 45 minutes there was no contact between the band and the audience, all members (besides their singer) did not even take a step outside their primary places. The truth is that at the beginning of their set with their heavy sound and the lights on stage, they gained the crowd’s attention but after 3-4 songs everybody started getting tired. Their Doom/Death style was ok, but the problem was found in their songs. They all sound the same, there weren’t any variations or elements to keep the interest going on and it was like listening to the same song over and over again. It was a boring performance.

The attendance of the crowd was slightly increased (around 80 people) and at 22:20 we heard the intro “The Burning”! OMNIUM GATHERUM from Finland began their set with “Gods Go First”, a song from their latest album entitled “The Burning Cold”. At the beginning of the performance the sound was not so clear but after 2-3 songs it was fixed, so we could hear everything loud and clear. The band played a total of 15 songs and their setlist was based primarily on their last album from which they arranged 6 songs. The band was in a great mood and the singer Jukka Pelkonen was very energetic on stage. Together with the other band members, they were energetic and entertaining, pleasing the small crowd. Highlight of their performance was the guitar duo Marcus Vanhala and Jani Liimatainen. The appearance of the band was so good and intense that we didn’t realize how fast the time has passed (around 90 minutes). They said goodbye to us with the amazing song “Cold”, taken again from their latest album. In my opinion it is one of best songs OG has ever written.

As an event, the live was a success. We saw three bands with good sound and without delays. Awesome performance from OMNIUM GATHERUM. HAMFERD were rather boring in the end and HEIDRA were a great warm up choice. The negative part now, was the disappointing attendance and the poor club choice. I think a smaller club would be better for this event. As a conclusion, it was an excellent night of melodic Death Metal and everyone had a great time!