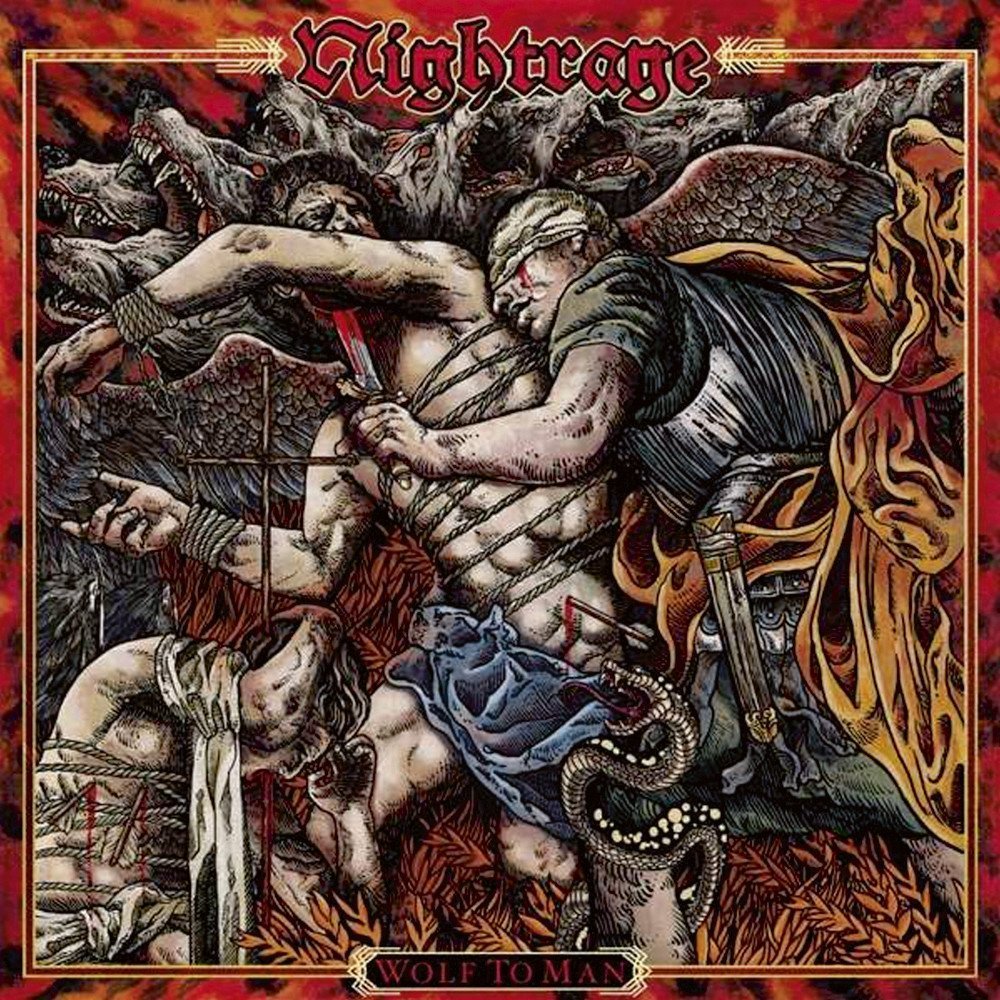 NIGHTRAGE are back, totally more brutal and aggressive than their previous appearances!  Two years after the great “The Venomous” album, the team of Marios Iliopoulos returns with quite a lot of fury and anger! Compositions “the Swedish way”, filled with plenty of melodies and superb guitar riffing! With the addition of two newcomers (Francisco Escalona on bass and the promising youngster Dino George Stamoglou on drums) the band seems to be in a great shape of composing hellish songs and decomposing our ears (in a good way!). This time, Ronnie Nyman (vocals) and Magnus Söderman (guitars) had more space to create their own ideas and, with the influential leadership of the mastermind Marios Iliopoulos, “Wolf to Man” is settled!

The lyrical concept of the album lays as a modern parable about the swirling chaos of society and the corrosion of the human relations. “Homo Homini Lupus Est”. The sound recordings took place mostly at Ronnie Nyman’s private studio in Sweden and the sound proceedings were supervised by Ronnie Bjornstrom.

Concluding, this is an album totally suggested for the fans of the Melodic Death Metal! Songs like “Wolf To Man”, “Embrace The Nightrage”, “By Darkness Drawn” & “Desensitized” can accompany you, when energy outbursts are being required…!