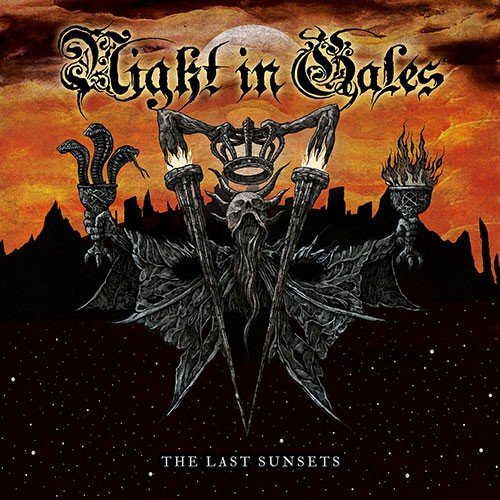 This German quintet from Voerde was formed in 1995, the year that, unfortunately, Death metal lost its popularity due the rising star that was Black metal. Although their first album “Towards The Twilight” was a breakthrough, the next albums were not on the same level so inevitably the band split until its reappearance with 2011’s “Five Scars”. After that we had to wait seven more years until now that “The Last Sunsets” is finally released.

The first sophomore song gives us a full picture of what we are going to experience here. Pure, catchy, melodic Death metal, the Swedish way, with smart and constant tempo changes. The same thing also is happening in some of the other songs such as “The Mortal Soul” and “The Abyss” which is also the first video for the album. The best song, in my humble opinion, is “In Pain, In Silence”, with its light, slow intro that leads us to an almost ballad song. When you are about to say that this is going to be just a filler ballad, all of a sudden blastbeats erupt and gloomy catchy riffs along with the cavernous vocals by Christian Muller skyrocketing the song. You can sense everywhere the spirit and aura of AT THE GATES but this is not necessarily a bad thing. NIGHT IN GALES manage to combine the sound of Gothenburg with their own thing. “The Last Sunsets” was recorded at Unisound Studios by the mastermind Dan Swano himself and this is the reason for the clear production and how the instruments have their space and clarity. The lineup remained solid all these years with Basten brothers on the guitars creating melodic, catchy riffs while drummer Adrian Ricci along with his comrade on bass Tobias Bruchman give the order for all the tempo changes everywhere. Of course, we have to mention the vocalist, Christian Muller, who, despite reaching the fourth decade of his life, his lungs are in a remarkable shape and he gives his best to transform his voice into becoming the fifth instrument.

NIGHT IN GALES finally released an aggressive, catchy and pleasing Death metal record. The fans of AT THE GATES (I know there are plenty of you out there), EUCHARIST (another underestimated band) and A CANOROUS QUINTET will appreciate “The Last Sunsets”. The rest of you give this record a chance, you will not regret it.

On Thorns I Lay – Threnos