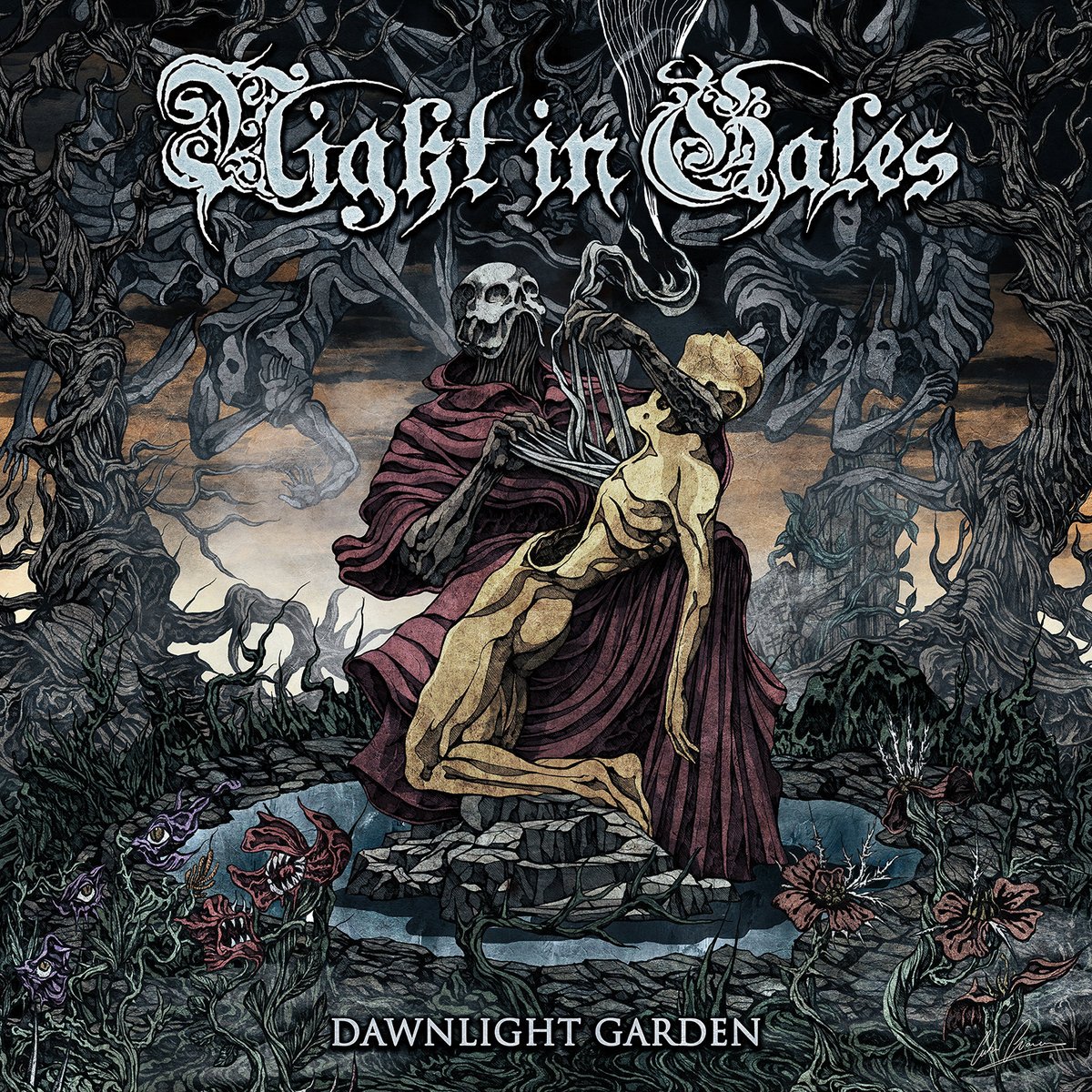 It seems like 2020 is a great year for extreme metal releases so far and NIGHT IN GALES are here to confirm that. After their previous release, “The Last Sunsets”, these guys from Nordrhein Westfalen (OK and one guy from Southern Germany) got their heads down and created another Melodic Death anthem.

“Dawnlight Garden” is the next logical step after “The Last Sunsets”. According to the guitarist and lyricist, Jens Basten, the overall concept is simple: It is all about the end of things, about death. The truth is that NIGHT IN GALES are evolving their Melo Death sound even more, making it a bit darker and heavier. Adrianno Ricci, their drummer, has added more blastbeats and hyper speed double bass. After the small intro “Atrocity Kings”, “Beyond Light” follows and it is a bombastic explosion to the ears with a chorus that sticks in your mind. The following song, “Dawnlight Garden”, is full of melodic Death riffs and brings back the best days of the Swedish Death Metal scene, under the prism of NIGHT IN GALES. Of course, there are groovy times, such as “Winterspawn” and some acoustic interludes in “Kingdom” and “A Spark In The Crimson Eclipse”, a variety of sounds and tempos that the listener appreciates. Speaking of “A Spark In The Crimson Eclipse” this is a re-recorded version of the 1996 E.P “Razor” and it sounds far better than the original, not to mention the nostalgia it brings. The last two songs “Choir Of Unlight” and “The Bonebed” are small instrumentals, a perfect conclusion for this album. Christian Muller is still singing as a teenager rioting and putting in his best effort and all of his lungs to deliver an incredible performance. Jens Basten, along with his brother Frank, form the “Basten Brothers Death riffing machine”, weaving catchy Melo Death riffs with their guitars. Dan Swano, the Mastermind, did the mastering and mixing again and did an amazing job. Clean production, all the instruments equally heard and it seems that he found the best sound for the group. Costin Chioreanu (AT THE GATES, ARCTURUS, ARCH ENEMY, DARK THRONE and many, many more) is responsible for the artwork, an amazing work that fits with the sound as he managed to transfer the lyrics into images.

Jens Basten mentioned that this recording is the most slap-in-the-face album they ever did. Of course, all the bands are saying that in order to promote their new work, but we have an exception here, since his words are accurate and exact. ”Dawnlight Garden” is a brutal, Melodic Death maelstrom that grabs you from the neck, steals your breath and leaves you full of emotions and feelings. It seems that NIGHT IN GALES have found their path again to create some intense and enjoyable music. The album is set to be released on the 24th of July and is already my summer soundtrack.