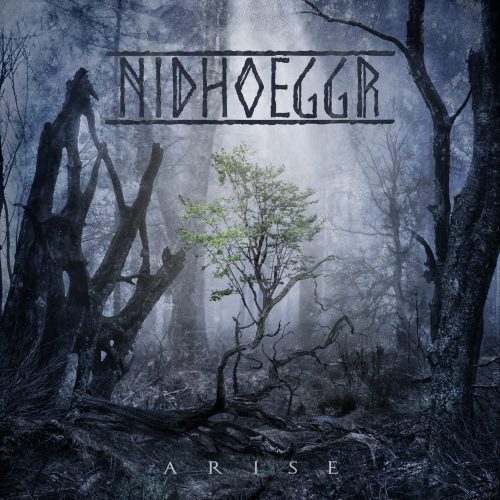 Here we have to deal with “Arise”, the second album of the Swiss NIDHOEGGR. The band consists of 6 members and was founded in 2009 in Bern. They officially belong, as they state, to the Swiss folk scene. What exactly are they playing? A mixture of Viking/Epic Folk Metal with hard Death Metal vocals (there are also some parts with clean vocals in order to give a more epic tone). Keyboards play a huge role in their music and are higher than anything else in the mix. This does not bother at all, I would say that this is their strongest point! The guitars are quite hard as usual in this genre; though back in the mix as I said. The problem with such bands is that they have no musical identity of their own and play things that have been played 1000 times before; not to mention that they ridiculously copy bands like KORPIKLAANI and ENSIFERUM… Also, in their list of influences are BLACK MESSIAH, FINNTROLL and from lesser known the DRESCHER.

Definitely there are some nice ideas in the 11 songs of the album, especially on the keyboards, as well as some highly epic elements that will bring to mind the school of SUMMONING, CALADAN BROOD, EMUN MUIL. There are severe structures and some nice choruses like in “The Journey”, “Onwards”, “Winter’s Night” (which is my favorite), but also strong songs like “Might Willow” and “Desolation”.You do not get bored of the album, it goes fine in a row until the end, but you have heard all these many times. Finally, I would like to emphasize the biggest disadvantage of the album, which is nothing more than the poor production. Although I received the cd in physical form and put it to play in the best possible stereo system device, the sound sounds flat and without any bass and dynamics. With so much oversupply in this genre, it is such details that make the difference and distinguish the big bands from the mediocre ones.

As a conclusion, listen to this band, give them a chance, especially if you are a fan of the specific genre. They have to give an identity to their band and improve what was mentioned above. The ideas are there, but it still needs work to be done…

Alestorm – Curse Of The Crystal Coconut

Serpent’s Order – Watchers Of The Future