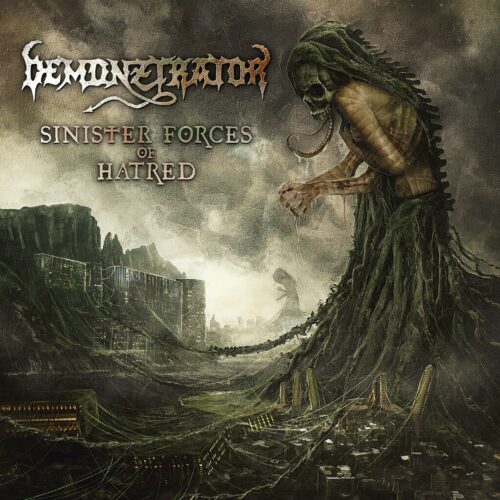 “Ossuary Records” is proud to announce the signing of the Finnish Thrash Metal band DEMONZTRATOR with the company. The band was formed in 2016 and since then released an album “Forgotten Acts of Aggression” (2017), which is a tribute to the Finnish Metal scene. The new full-length studio album “Sinister Forces Of Hatred” was released on November 1st, 2021.

Tracklist:
Murderlust
Proclamation
Acid Remains
The Collapse
Into The Mouth Of Madness
Intermission: Deus Volt
Crossing The Rubicon
Scavenger Of War
Nail Them All
Embryonic Evil

You can listen to a song from the band’s new album, at the video below: