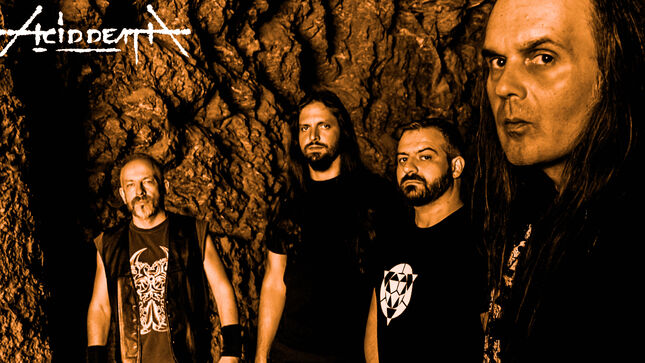 With a new message, Greek Progressive Death/Thrash Metallers ACID DEATH announced that they are in the process of preparing their new album. Band’s previous album “Primal Energies” was released in 2019. .

Here is some good news from ACID DEATH’s camp!

It’s been three years since the release of the successful Primal Energies studio album and now ACID DEATH is more than happy to announce that the processes for new material have begun. The band already has almost 12 new songs at hands and works on them at full speed. The plan is ACID DEATH to enter the studio in late summer/2023 to record the new, 7th, untitled yet, new album.
Many updates will follow next months, so stay tuned!

Thank you for your time and support. Please spread the word.

DRUID LORD are back with a new complete album!