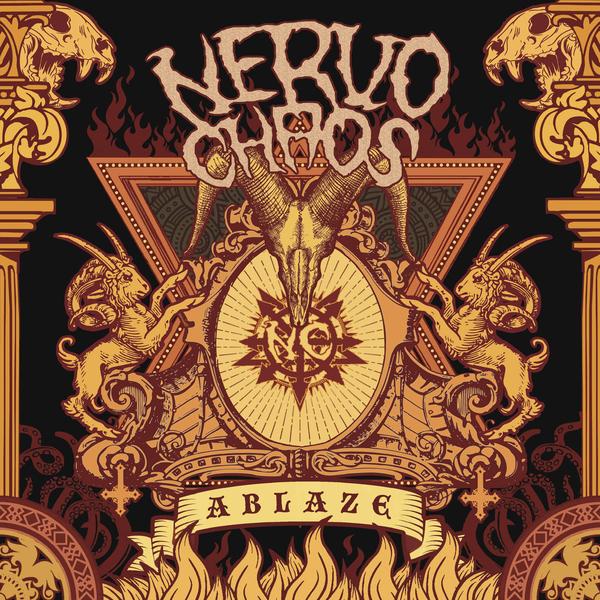 Fed up with the entire trend flooding the scene, Nervochaos was born on the spring of ‘96 with the idea of creating old school aggressive and chaotic extreme music.
In 2019, the band signs a worldwide deal with Hammerheart Records for their new 8th full length album, “Ablaze”.
‘Ablaze’ is Nervochaos’ eighth album, the first one with Hammerheart Records and will be released June 6th. The album was recorded at Alpha Omega Studio (Blevio / Italy), alongside producer Alex Azzali, who also did the mixing and the mastering.
At the following link you can hear the song “Feast Of Chain”: