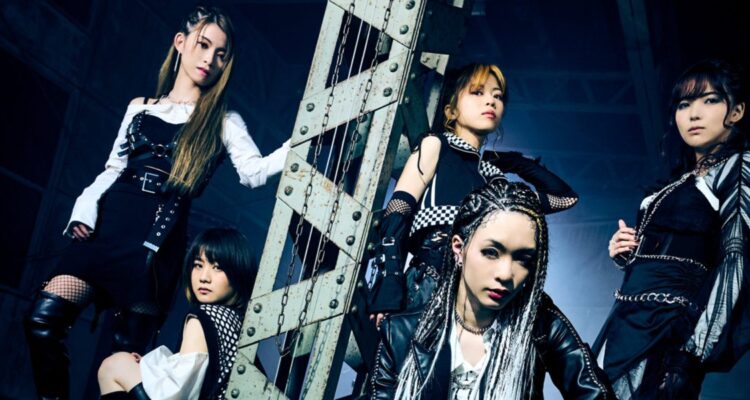 On May 11th, Japanese all-female Heavy Metal band NEMOPHILA, has released its new single “A Ray Of Light” through Balancing Rock. The new track comes alongside a music video and kicks off what could be a big year for the Heavy Metal quintet, as they also announced their first US show this July.

The new song starts with lead singer Mayu’s powerful screams, then suddenly, she transitions into a clean melodic tone for the chorus. Mayu is very talented and can bust out a dirty growl and clean vocals all in one. All the while, guitarists Hazuki and Saki effortlessly hammer on some awesomely heavy riffs. Moreover, the rhythm and mix demonstrate expertise even above their 2020 debut OIRAN.

In the music video, the ladies sway between shafts of light that illuminate their new black and white outfits. Close-ups of the instruments reveal the members’ technical prowess. The band looks confident and ready for their next big step.

NEMOPHILA plays their first US show on July 1 at the world-famous venue Whisky a Go Go in Hollywood, CA. They will be standing on the same stage that once held up DOORS, LED ZEPELLIN, KISS, METALLICA, MÖTLEY CRÜE, LINKIN PARK and so many other rock/metal legends. NEMOPHILA have already scheduled to perform at October’s Aftershock Festival, which takes place at Discovery Park in Sacramento, California.

NEMOPHILA was formed in Tokyo in 2019. After leaving the rock band LIPSTICK, vocalist Mayu was looking to put together a backing band to support her at an August 2019 live session. She contacted her former classmate and bassist Haraguchi-san, and the two recruited drummer Tamu Murata through magazines and website posts. Mayu was introduced to MARY’s BLOOD guitarist Saki through a mutual friend, and Saki in turn introduced them to DISQUALIA guitarist Hazuki. Feeling that this line-up was too good to be a one-off, the musicians decided to form a real band. When deciding the name, Mayu said that the word “sorai” came to her and seemed refreshing, but its meaning “was difficult, so we tried to soften it.” Because each member is female, Mayu wanted to use the name of a flower and searched many before they found NEMOPHILA.

NEMOPHILA’s music can be described as a mixture of various styles ranging from loud rock to grunge. The band displays a sound heavier than hell, while presenting a soft and gentle-cute character at the same time.

You can watch the official video for “A Ray Of Light” below: