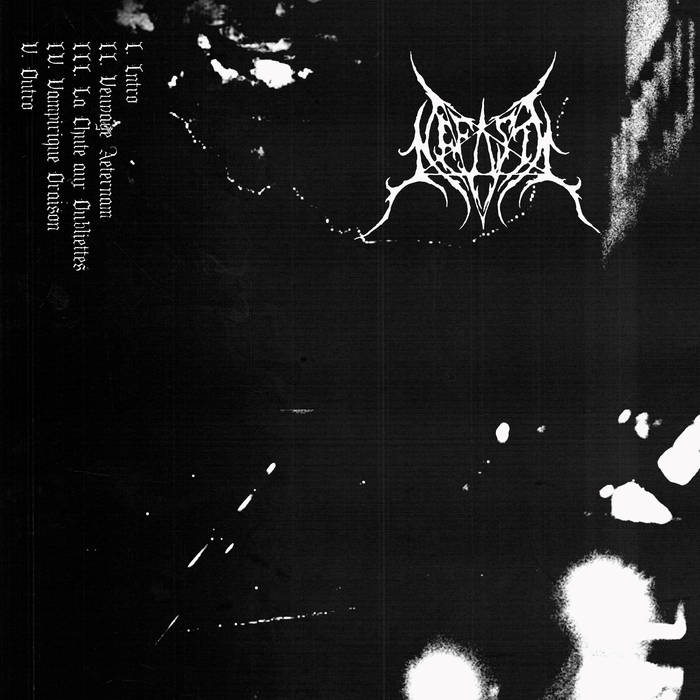 NEFASTE is a black metal band from Canada, created in 2013. This EP is their first release. It lasts about 30 minutes and it is consisted of 3 songs, one intro and one outro. The Canadian’s style could be characterized as “eerie” and chaotic Black Metal, quite influenced by the early Norwegian scene and bands like DARKTHRONE, BURZUM and MAYHEM.

From the first minute of the album, you’re aware of the dark and morbid atmosphere that prevails. Voices that sound sinister help in this. Also, besides the classic Black Metal vocals, NEFASTE have used screams and laughs in some parts, a thing that helps to create an atmosphere of fear and terror! Most of the EP has fast parts with guitars sound like razors and fast drumming. There’s also some low-tempo parts and dark melodies. Lyrics are written in French and in a language called “Vèh.erbkle”, alanguage that is created by the band’s member named Valgar.

NEFASTE are introduced with a high quality EP of sinister Βlack Metal. The band leaves its personal stigma in the sound and doesn’t give us just a 90’s Black Metal replica. I hope they will soon get a record contract because they deserve it!